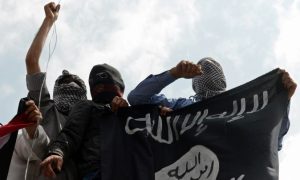 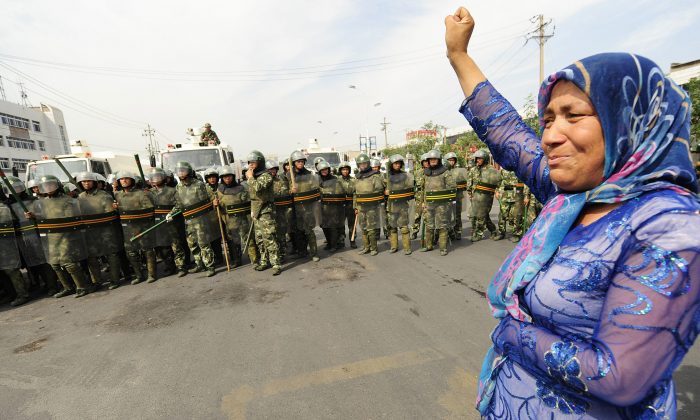 A new recruiting magazine for al-Qaeda has a two-page spread that lists China’s abuses of Uyghurs in its far-west region of Xinjiang, which the Uyghurs call East Turkestan.

The magazine, “Resurgence,” was just launched by al-Qaeda’s propaganda branch, al-Sahab media organization. The inforgraphic appears in its first edition.

The infographic features “10 Facts” about Xinjiang. It says the region “remained independent of China for more than 1800 years” yet for the last 237 years it has been “under Chinese occupation at various intervals.”

It continues, noting that after the Chinese Communist Party took over the region in 1949, more than 4.5 million Muslims were killed by the Chinese regime. It claims the regime has burned close to 30,700 Muslim religious texts, turned 28,000 mosques into bars, turned 18,000 mudrassas into warehouses, and executed more than 120,000 Muslim scholars and imams.

The list of China’s crimes against the Uighurs could go on for some time, including its nuclear weapons tests close to populated areas and its often violent suppression of the Uyghur people.

The magazine stops short of calling for attacks on China, but does claim in a different section that Islamic uprisings will bring “bitter defeat for America, Iran, Russia, China and all those who have fought this war by proxy against Muslims.”

The articles focusing on China could be part of al-Qaeda’s attempts to regain some authority, as attention has shifted towards ISIL, also called ISIS or the Islamic State.

Abu Bakr al-Baghdadi, the leader of ISIL, called for revenge against several countries including China in July 2014, and his speech made the rounds in the news in early August, according to Foreign Policy.

As Foreign Policy notes, threats against China from terrorist groups “may constitute a welcome opening for Chinese authorities.” The Chinese regime may, it says, use the threats to help legitimize its suppression of Muslims in Xinjiang.

“In any case, Beijing is likely alarmed by IS’s criticism of its treatment of the Muslim Uyghurs and the group’s alleged plan to seize Xinjiang, no matter how far-fetched the idea might be,” states Foreign Policy. “But just how actively authorities will deal with any [ISIL] threat remains to be seen.”