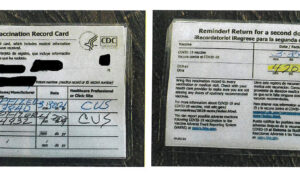 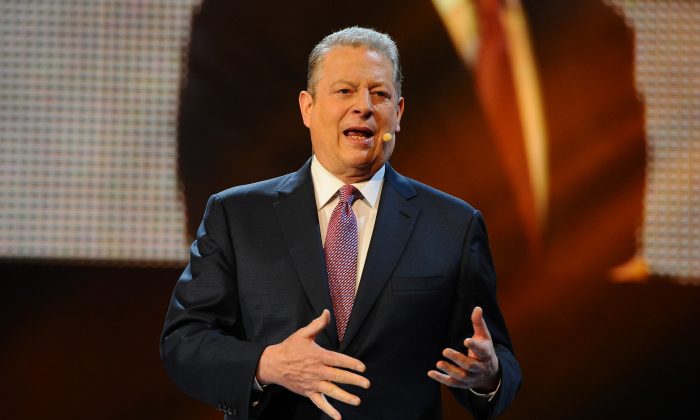 Al Gore speaks at an event in London, England, on March 7. (Anthony Harvey/Getty Images for Free The Children)
New York

“Love thy neighbor as thyself.” Former U.S. vice president Al Gore invoked the Biblical passage on Thursday during an interfaith meeting on climate change, urging local clergy to mobilize their congregations in the cause for environmental justice.

Areas around the world are feeling the negative effects of climate change, particularly poor communities and communities of color who often have less political and economic power, Gore said. They are less able to resist corporations that choose their neighborhoods as the sites of commercial projects that are damaging to them and the environment.

“Those communities become the places of environmental insult,” Gore said. To stop these communities from being disproportionately affected by extreme weather and polluted resources, everyone must come together for the cause, he said.

Speaking at the Union Theological Seminary, Gore was the keynote speaker at a gathering of faith leaders to discuss the People’s Climate March this Sunday, the largest anticipated protest calling for political action on climate change issues.

March organizers expect more than 100,000 people will participate at Sunday’s march, which is being held ahead of a United Nations summit where U.S. president Barack Obama and other heads of state will discuss policies combating climate change on Sept. 23.

Gore plans to attend the march as well. During Thursday’s speech, he emphasized that different faith traditions have tenets teaching its believers the importance of protecting the Earth.

“We are witnesses to a turning point of human history, a turning point where the values and truths, which those of you who are stewards of great faith traditions teach and spread; they are the most directly relevant to this challenge we must undertake,” Gore said.

The clergy gathering was among a list of events that the march organizers have prepared for the three days leading up to the march. Other scheduled events include a book launch for journalist Naomi Klein’s upcoming book, “This Changes Everything: Capitalism vs. The Climate,” and a panel on green jobs creation.

Sunday’s march will begin at 11:30 a.m. and conclude with a block party in the afternoon.

Director of the Center for the Study of Science Patrick Michaels from The CATO Institute, a libertarian think tank funded by Charles Koch Foundation, views the march as a PR event that won’t bring much change to the environmental situation.

He mentioned that five nations—China, India, Canada, Australia, and Germany—will not be sending heads of state to the summit, which will deter effective decision-making. Additionally, the United States needs a majority in the Senate to pass legislation to alleviate climate change, unless President Obama uses his executive powers.

“My bottom line is when you realize all these things, the march is pretty futile,” said Michaels. “It’s going to feel good for the people doing it. But talk and walk is cheap.”