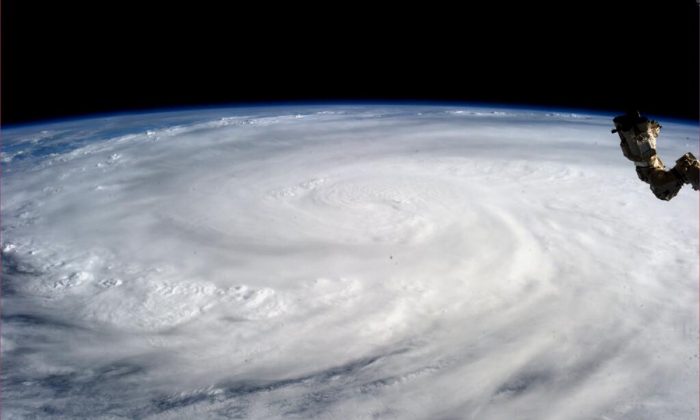 This image provided by NASA shows Typhoon Haiyan taken by Astronaut Karen L. Nyberg aboard the International Space Station Saturday Nov. 9, 2013. Rescuers in the central Philippines counted at least 100 dead and many more injured Saturday a day after one of the most powerful typhoons on record ripped through the region, wiping away buildings and leveling seaside homes in massive storm surges, then headed for Vietnam. (AP Photo/NASA, Karen L. Nyberg)
Asia & Pacific

Some 9,248 homes were destroyed in Aklan Province during Typhoon Yolanda (Haiyan), said Philippine officials on Sunday.

And out of 17 municipalities, seven have not reported damage yet.

The report comes after a senior regional police official and a city administrator in Tacloban city in the central Philippines said the death toll is more than 10,000, reported The Associated Press.

Tecson Lim, a Tacloban city administrator, told the news agency that the death toll in the city alone “could go up to 10,000.”