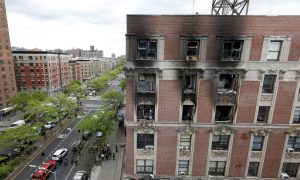 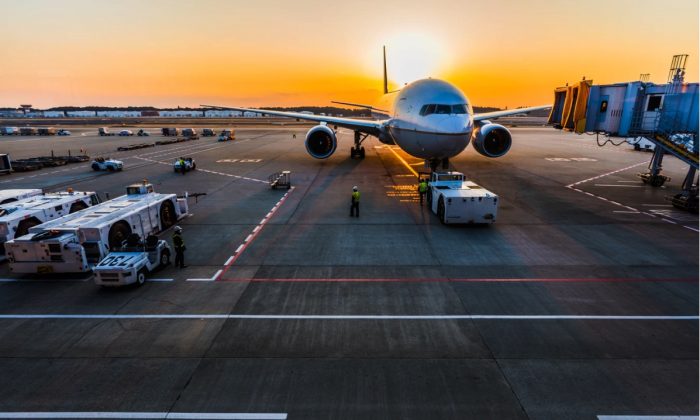 File photo of an airport. (Ken Yam/Unsplash)
US News

A security guard at a New York airport has been fired after surveillance footage obtained through a Freedom of Information Act request shows her slipping a note to a traveler that allegedly read, “you ugly.”

Neal Strassner told NBC News he only recently obtained video showing him clearing a security checkpoint at Greater Rochester International Airport in June during which an on-duty security screener handed him a folded piece of paper.

Strassner told the New York Post that when the woman handed him the note, he thought it may have been a piece of waste.

“I didn’t open it because I didn’t care about it,” he told the publication. “She turned around a few times asking, ‘Are you going to open that?’”

He told the Post when he finally looked at the note, he waved off the incident and got on his plane.

“I was more confused than anything,” Strassner told NBC. “I kind of just looked at it and thought, ‘That was weird.'”

Footage obtained by Strassner and published online shows the female guard laughing as he walks away. She is then seen smiling and talking to someone off-screen while tearing a piece of cardboard from a box of latex gloves. The screener then begins writing what could be another note, presumably to prank another passenger.

“I travel constantly and I’ve never had anything like this happen,” Strassner told the Post, adding that he contacted airport authorities when friends suggested someone depressed or vulnerable could end up harmfully triggered.

“You never really know where somebody is in their day or their head,” he told ABC. “The more you think about it, the more you realize it’s easier to smile than to do this.”

“You Ugly” – Not the words a Rochester airline passenger expected to read when a security agent slips him a note at Greater Rochester International Airport. Now, according to TSA “You Fired” – see the surveillance video obtained by Neal Strassner. @SPECNewsROC pic.twitter.com/SGerBFmk35

“I don’t like throwing negativity around,” Strassner said. Rather than a message disparaging someone’s looks, he suggested a more appropriate joke could be, “Hey, next time bring me tacos.”

Strassner told NBC he then filed a complaint and later met with an airport official.

The security screener has since been fired. NBC cited a statement from Virginia-based security company VMD Corp.—which contracts with the Transportation Security Administration—confirming the woman’s dismissal.

“TSA holds contractors to the highest ethical standards and has zero tolerance for this type of behavior,” the statement reads, according to the report. “This instance, which involved a contract employee, was investigated immediately upon receiving the complaint by the traveler. The employee has since been terminated by the contractor.”

According to News 8, Strasser said in a statement he appreciated the company’s response.

“I’m really curious what the other notes said. I travel a lot and the airport normally is spectacular. This was a totally weird event that they [VMD Corp.] seemed to handle properly. I travel a lot and just want to make sure they get some credit to their organization and don’t let one lady trash their whole reputation.”

UPDATE: The airport security employee has been fired, according to TSA. Here’s the video of the employee passing the mean note, laughing about it, and reaching for more paper to begin writing again. #ROC pic.twitter.com/wXLcD8aLwz

“I fly out of there all of the time. They’re actually a pretty good airport,” he told the outlet. “Out of all the airports I go to in the country, it’s one of my favorite.”

He told the Post he remains confused about the screener’s intent.

“I really have no idea what she was trying to do.”