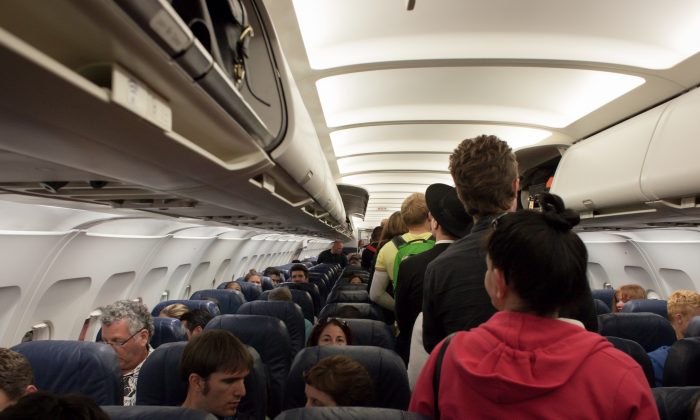 Comparing January 2015 and January 2016, global commercial air traffic grew 7.1 percent, but seat capacity only grew by 5.6 percent. That means planes were flying fuller compared to the year before.

The load factor—the global percentage of available seats that are used—for January 2016 was 78.8 percent, making it the highest January on record. The new data released by the International Air Transport Association, adds to the overall trend of airlines flying fuller planes.

“The record load factor is a result of strong demand for our product and airlines making the most productive use of their assets,” said IATA Director General and CEO Tony Tyler, in a statement.

IATA figures are for travel worldwide. In North America specifically, the load factor was even higher at 80.3 percent.

Jan load factor rose to 78.8% – highest number ever recorded for the first month of the year https://t.co/brLlUUvByV pic.twitter.com/rciSi0Khle

Overall, demand for air travel is strong and getting stronger, with 2015 being the industry’s best year since the global financial crisis. One key factor is falling fuel prices.

But industry growth doesn’t necessarily mean benefits for consumers, at least not in terms on inflight conveniences.

When you hear the boarding announcement asking for passengers to gate check their carry-ons, that’s a consequence of higher load factors. There simply isn’t enough room to stow a roller bag for every paying passenger.

In the 1990s, airlines used to fly planes that averaged 65 to 70 percent full. Today carriers routinely operate closer to 80 percent. That means higher profits for airlines—and less chance of sitting in an empty row for flyers.