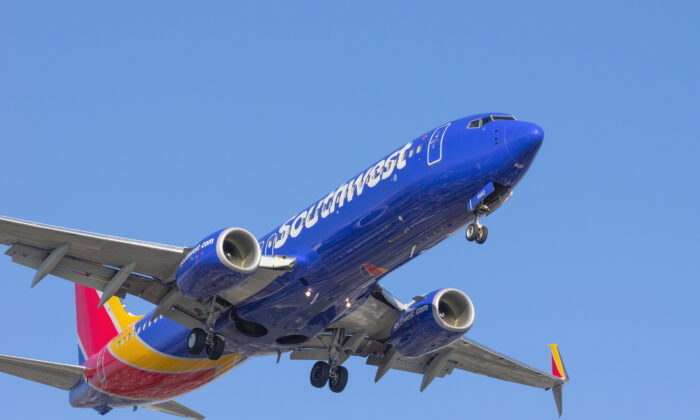 Major airlines are canceling thousands of flights scheduled for the busy summer travel season, attributing the cancellations to a lack of pilots resultant from the CCP (Chinese Communist Party) virus pandemic.

Leading the trend is Southwest Airlines, which has canceled over 20,000 flights this season. Delta Airlines already cut over 700 flights during the busy Memorial Day weekend and expects to cancel 100 flights daily from July 1 to Aug. 7 in the Western hemisphere.

The airlines have attributed these cancellations to a labor shortage of licensed pilots, but these claims are disputed by unions such as the Air Lines Pilot Association (ALPA), which allege that airlines are using an ostensible labor shortage as a pretext to collect greater profits at the expense of consumers.

“The United States is producing a record number of pilots, yet some are still trying to claim we need to weaken aviation safety rules to fix a problem that doesn’t exist. That’s why it’s so important we have frontline aviation safety experts—our pilots—on Capitol Hill this week to make sure decision-makers know the facts, and what’s at stake,” said ALPA President Captain Joe DePete.

Nonetheless, there are a multitude of factors that could contribute to a shortage of pilots, including a generally tight labor market and a perceived undesirability of careers in aviation. A survey of pilots released last February saw 37 percent of pilots admit that they would not have become pilots if given their time again, with a majority (55 percent) saying they would not recommend piloting to young people.

One of the leading catalysts for the air travel labor shortage has been a delay in training new pilots during the CCP virus pandemic, which slowed down the rate at which pilots’ licenses were issued. Furthemore, the pandemic occasioned a wave of early retirements, which airlines offered to pilots at a time when travel demand was below normal on account of the international and interstate travel restrictions which were widespread in the first year of the pandemic and still persist in parts of East Asia.

Furthermore, the airlines lost some portion of their workforce as a result of last year’s universal CCP virus vaccine mandates for pilots, resulting in an exodus of aviation professionals from the industry just preceding the post-pandemic travel boom. While it is unknown exactly how many pilots were fired or quit as a result of the mandates, it was reported last year that United Airlines fired hundreds of pilots as a result of noncompliance with the vaccine requirement.

Exacerbating this issue are the supply chain complications that have become a persisting problem in the post-pandemic economy, undermining the rate at which new aircraft are manufactured to meet demand for air travel. Last March, Boeing and Airbus were reportedly afflicted with an engine shortage, causing delays for the plane manufacturers

A reflection of the unusual market dynamics at work in the air travel industry is JetBlue’s hostile takeover attempt of Spirit Airlines, in spite of a previously negotiated deal for Spirit to be acquired by Frontier. Under ordinary circumstances, Frontier would be the obvious choice to acquire Spirit because of their similar business models and the ease of integrating Spirit’s operations into Frontier.

However, the deficit of pilots and the complications in manufacturing new aircraft have incentivized JetBlue to make bolder and more costly bids to acquire Spirit, even as the former airline faces scrutiny from antitrust regulators which could derail the deal. For JetBlue, having access to Spirit’s pilots and planes would allow them to compete against the big four American airlines on a much larger scale, at a time when scarcities of both labor and aircraft limit the operations of the aviation industry.

For consumers, the consequences of these labor and material shortages in the aviation industry will be higher costs for air travel and unexpected flight cancellations. Whether attributable to a true imbalance of labor and demand, as alleged by the airlines, or to the avarice of the airlines, as suggested by the labor unions, it seems certain that the costs will be incurred on ordinary passengers, who face an increasingly costly and unreliable air travel system under the current conditions.