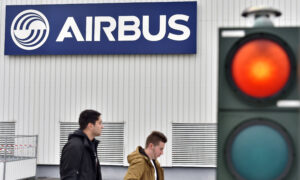 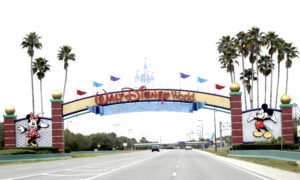 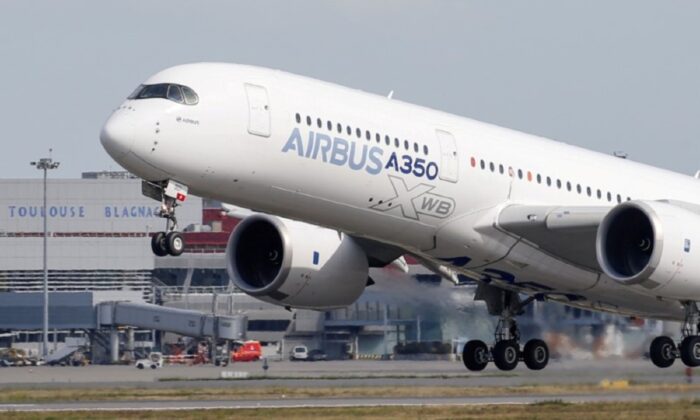 An Airbus A350 takes off at the aircraft builder’s headquarters in Colomiers near Toulouse, France, on Sep. 27, 2019. (Regis Duvignau/ Reuters)
Business

Airbus Is Furloughing 6,000 Staff in Europe and ‘Bleeding Cash’

Airbus has placed more than 6,000 workers in the United Kingdom and France on government-funded furlough programs just days after reportedly warning employees that it was burning cash at a rate that could threaten the company’s survival.

The European plane maker said in a statement Monday that it has agreed with unions to furlough 3,200 production workers at its manufacturing site in Broughton, Wales. The UK government will pay 80 percent of their salaries, up to a maximum of £2,500 ($3,100) per month, under its job retention program.

A similar step has been taken in France, where some 3,000 posts have been furloughed, Airbus said.

CEO Guillaume Faury reportedly told employees in an internal letter on Friday that Airbus was “bleeding cash at an unprecedented rate, which may threaten the very existence of our company.”

“We must now act urgently to reduce our cash-out, restore our financial balance and, ultimately, to regain control of our destiny,” Faury wrote, according to a Financial Times report.

Airbus declined to comment on “internal employee communications” but did not dispute the report by the FT and other outlets.

Airbus cut production by one third earlier this month, as airlines scaled back orders for new planes due to the CCP (Chinese Communist Party) virus, commonly known as novel coronavirus pandemic. Flight bans and nationwide lockdowns are threatening to bankrupt airlines around the world, with some already buckling under the financial strain.

Virgin Australia collapsed into administration last week, while sister airline Virgin Atlantic confirmed Monday that it was on the hunt for outside investors to keep it alive. Billionaire founder Richard Branson has said he would offer his Necker Island estate in the Caribbean as collateral to raise cash. The company is also seeking a commercial loan from the UK government.

Carriers around the world face a “mounting financial crisis” and could lose as much as $314 billion in revenue this year, according to the International Air Transport Association. The collapse in air traffic puts around 6.7 million jobs at risk in Europe, IATA said in a statement last week, calling for urgent government action to “preserve air services.”

The governments of France and the Netherlands have heeded the call, stumping up billions of euros to support Air France-KLM, in which they each already own a 14 percent stake.

The European carrier said Friday that following “several weeks of discussions” with the French government and banks, it had secured €7 billion ($7.6 billion) in loans backed by the French state “to help overcome the crisis and prepare for the future.”

Discussions to finalize aid from the Dutch government were ongoing, the airline said.

Lufthansa, which owns national carriers in Germany, Switzerland, Austria, and Belgium, said Thursday that it is in “intensive negotiations” with the governments of its home countries regarding financial support to secure its solvency.