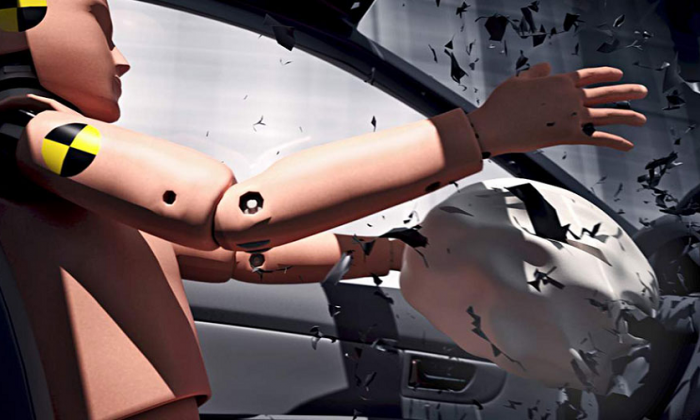 Airbag Rupture Kills 10th Person in US, Consumers Urged to Get Vehicles Checked

Last month, a high school senior from Richmond, Texas, became the 11th person known worldwide to have died due to a Takata airbag inflator that ruptured after a minor car crash.

According to the National Highway Traffic Safety Administration, Hanif was the “10th U.S. fatality tied to ruptures of Takata airbag inflators and 11th confirmed worldwide.”

“This was a tragic accident that could have been avoided,” Nehls said at the press conference. “Everyone should have walked away from this accident.”

The cause of the crash was not the speed, nor the use of electronic devices, such as a cell phone or radio. It was simply because of the faulty airbag:

As of late, 14 automakers have recalled about 24 million vehicles that have about 28 million Takata airbag inflators. According to Safercar.gov, more than 7.5 million passenger- and driver-side airbags have been repaired as of March 11, 2016.

In a statement, Takata said: “Our heartfelt condolences go out to the driver’s family in light of this tragic death. Takata is deeply sorry for all fatalities and injuries that have occurred in any case where a Takata airbag inflator has failed to deploy as intended. Takata continues to support all actions that advance vehicle safety and is in constant and close coordination with NHTSA to enhance consumer awareness.”

Below are 10 people who have died since May of 2009  in the United States due to the explosions of Takata air bags. Nine of those U.S. deaths have occurred in Honda vehicles, Honda said.

To see if your car is included in the Takata recall, visit safercar.gov.

“Take advantage of this website and make sure your vehicle is not on a recall list,” Nehls said.