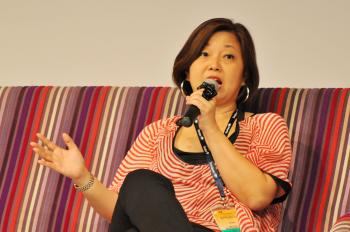 According to Kathleen Tan, regional head of commercial AirAsia, “AirAsia is not only aiming at sales, but is also looking forward to providing brand experience for mobile users to enjoy convenience.” There were 10,000 downloads by BlackBerry users a day after the launch announcement through Twitter on Oct. 19.

AirAsia is expecting 20 percent of its bookings to come from mobile applications in the next 18 months when they start to offer lower fares exclusively for mobile users.

AirAsia used the same strategy when they first started booking services through web browsers and now, 80 percent of AirAsia bookings come from browsers.

Last week, the discount carrier flew its 100 millionth-guest and has 638,000 fans in Facebook.

AirAsia has also declared itself as a media-owner. Kathleen Tan explained: “We look into ways to make money to defray costs so that we can continue to offer low fares. We sell advertisements. For instance in the mail trays, we have our own in-flight magazine with 40 percent advertisements and 60 percent editorial contents.

“We have 32 million visitors on AirAsia.com, so we sell advertising space there too. Banks like Citibank and CIMB, Telcos like Maxis, hotels and other companies advertise on our website too. We also sell advertisements in planes on the overhead compartments. Tourism Malaysia and Bank Rakyat have advertised in these spaces too. So we are also a media owner,” said Tan.

When asked whether AirAsia could do away with conventional mainstream media, Kathleen elaborated that AirAsia is slowly phasing out its dependency on offline media.

“This year, we spend less on the offline than the online. We’ve spent 25 percent (publicity budget) on digital space. For an E-commerce company in Asia, our percentage is pretty high.”

AirAsia as an e-commerce model, says it is always advancing technologically to provide better and faster services to customers. One example is mobile users are able to check-in with a 2D bar code using mobile scanners provided at selective airports. AirAsia will gradually include this service to more airports.