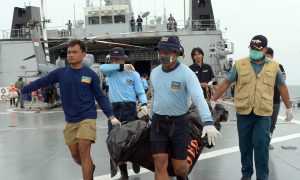 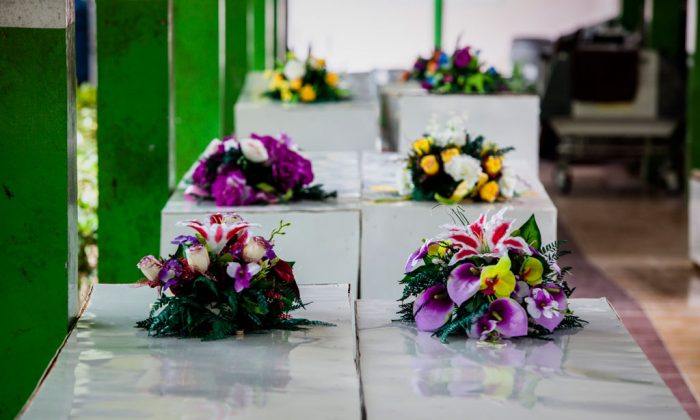 Victims of AirAsia Flight 8501 appeared to be holding hands in the water, according to reports from Indonesian search and rescue teams.

Lieutenant Airmen Tri Wibowo, a pilot flying a C130 Hercules search and rescue aircraft, told Indonesia’s main national daily Kompas on the day the bodies were found, December 30, that he saw eight bodies floating in the Karimata Straight. Of those eight, three were holding hands.

According to Kompas, the pilot also reported seeing luggage, buoys, pieces of aircraft, and a victim wearing a life jacket.

“This morning, we recovered a total of four bodies and one of them was wearing a life jacket,” said Tatang.

“There is no victim that has been found wearing a life jacket,” said Tatang, according to Reuters. “We found a body at 8.20 a.m. and a life jacket at 10.32 a.m. so there was a time difference,” he added.

It took three days of searching for the first bodies from the ill-fated QZ8501 to be located. The plane disappeared from radar about 40 minutes into a flight from Surabaya, Indonesia to Singapore on December 28. The wreckage was finally found based on a hint from a village fisherman in Kampung Kubu, Central Kalimantan who heard a boom and saw a cloud of smoke when he was out fishing that stormy Sunday morning.

It has been presumed that all 162 on board the plane died.

Search and rescue officials have not stated whether they believe passengers were alive upon impact and if there was any attempt to evacuate the plane.

Poor weather in the area hampered the initial days of search and rescue.