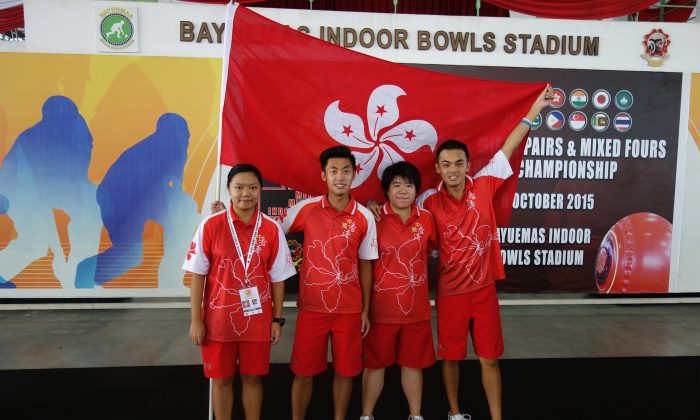 The severe air pollution in Kuala Lumpur was to blame for the unsatisfactory results Hong Kong achieved at the Asia Pacific Merdeka Championship in Malaysia after the team narrowly missed out on a semi-finals place.

The pollution, which was believed to be generated by Indonesian agricultural fires, has coloured the Malaysian skies a smoky gray for most of September and forced the government to close schools in the last few days.

Hong Kong abandoned its former practise of sending the finalists of the National Indoor Singles and instead, selected the youth team for this tournament. The squad comprised four of the best youngsters in the territory included 2014 Asian Bowls U25 Singles gold medallist Vivian Yip, 2008 U25 Singles champion Olivia Yu, plus young boys Arthur Lam and Adrian Yau.

The poor air condition made some players feel sick during matches and affected their performance, accordingly to Alex Ng, Hong Kong team manager at the competition.

“In the mixed pairs we were in favourite position to qualify after the first day but the pollution was so bad on the second day that both our players felt sick and could not concentrate on the matches. They lost and were out of the competition,” said Ng.

In the mixed fours, the team lost by a shot to Norfolk Islands in the first match but won the following matches against Malaysia and Fiji to enter the play-off, when they faced India.

The Indian team came in strongly and quickly opened up a lead of 5:1, but the Hong Kong youngster did not give up and crawled back to lead by 8-9 with an end to go. The team lost its concentration a bit and lost three shots to gift the game to the opponent.

“This is a good lesson to them. Despite the disappointing results I am still proud of the team. They displayed a high level of harmony and fighting spirit. I believe they have learned a lot from the tournament,” concluded Ng.

First organised in 2006 to celebrate the opening of the Bayuemas Indoor Bowls Stadium in Kota Bayuemas, Malaysia, the Asia Pacific Merdeka Indoor Bowls Championship has developed into one of the key indoor bowls events in the region.

The participating teams were divided into two group in the round robin stage, with the top team from each group qualifing for the semi-finals and the second and third teams of each group engaged in a playoff.

This weekend in Lawn Bowls
Premier matches are scheduled for this weekend Oct 10 starting at 2:30pm at all lawn bowls greens in Hong Kong.