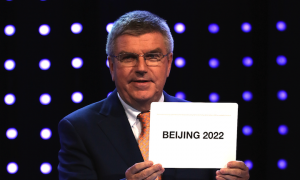 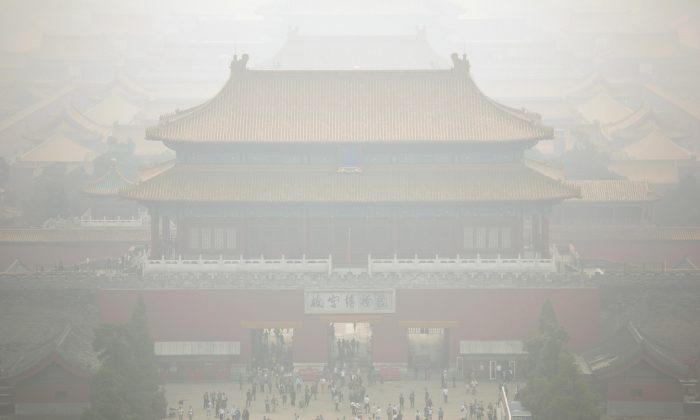 Haze envelops the Forbidden City as seen from nearby hilltop park on a polluted day in Beijing on Oct. 7, 2015. (AP Photo/Mark Schiefelbein)
China

BEIJING—Air pollution in Beijing reached hazardous levels on Saturday as smog engulfed large parts of China despite efforts to clean up the foul air.

The city has been shroud in gray smog since Friday, reducing visibility to a few hundred meters (yards).

The Ministry of Environmental Protection has forecast severe pollution for the greater Beijing region, the western part of Shandong Province and the northern part of Henan Province until Tuesday, when strong winds from the north are expected to blow away air pollutants.

The ministry has advised people to stay indoors.

Authorities blame coal burning for winter heating as a major culprit for the air pollution. The ministry said it had sent teams to check on illegal emissions by factories in several northern Chinese cities.

In the past, authorities have shut down factories and pulled half of the vehicles off the roads to curb pollution. But such drastic measures are disruptive and are used only when the government feels it needs to present a better image to the world, such as when China hosts major global events or leaders.