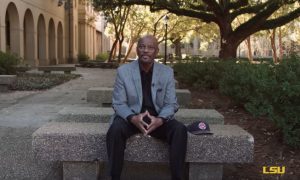 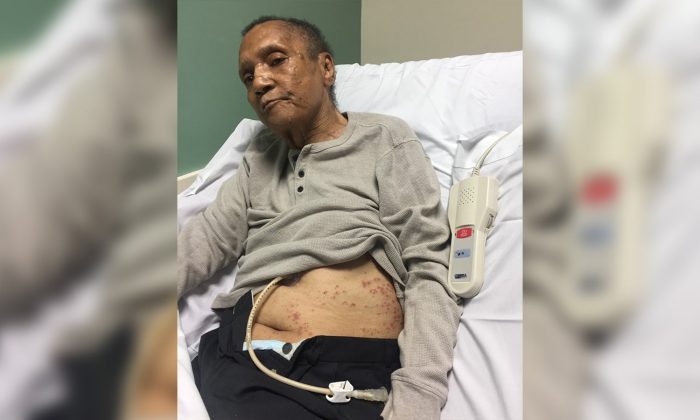 Air force veteran Joel Marrable pictured with ant bites on his body at a VA center in Georgia. (Courtesy Laquna Ross/CNN)
US News

The dozens of small red welts pictured on the stomach of a Vietnam veteran in his final days weren’t a complication of cancer that was taking his life.

Nor were they side effects of treatment or some kind of skin reaction.

They were ant bites.

His daughter, Laquna Ross, who took the picture, is now sharing the story of how her father was bitten over 100 times in the final days of his care by the Georgia Veterans Associations center.

She says she isn’t angry with the association but came forward with the story because she hopes to prompt change.

“Maybe this can move the needle and improve the process,” she told CNN.  “The VA is busy. They have a lot of patients and huge needs they have to address.”

Marrable, 73, had a feeding tube, and cancer had left him with limited ability to talk.

Shortly before his death, Ross had gone to visit him for the first time in almost two weeks after returning from a trip, according to the New York Daily News.

“When I took his hand out, it was really swollen, and he flinched,” she said. “I was really worried and asked a staffer if she could come take a look.”

It was then that a member of staff told her about the ants.

“His room had ants, the ceiling, the walls, the beds. They were everywhere,” Ross told the New York Daily News. “The staff member says to me, ‘When we walked in here, we thought Mr. Marrable was dead. We thought he wasn’t even alive, because the ants were all over him.'”

The bed was stripped, the room was cleaned. Marrable was bathed and put back in the same room, with fresh bed linen.

But the next day, Ross found him once again covered in ants.

She called the administrator on duty, who promised they would check on him every 15 minutes and moved Marrable out of the room.

An hour later, according to CNN, he passed away.

“He had cancer for three years and spent 14 months at the VA,” Ross told the New York Daily News. “We made a bucket list and went to the Bahamas and laughed and joked up until the end. He was at peace with dying, so it’s so unfortunate this happened right at the end,” Ross said.

“I understand mistakes happen. I’ve had ants. But he was bit by ants two days in row,” she said. “They feasted on him.”

In a statement to WSB, the VA medical center said that they had taken a number of actions, including stripping and cleaning all bedrooms and removing all open containers of food. The hospital said a pest control expert was due to visit on Sept. 13 following a private pest control assessment.

“We would like to express our heartfelt remorse and apology to the Veterans’ families and have reached out to them to offer appropriate assistance,” the statement said.