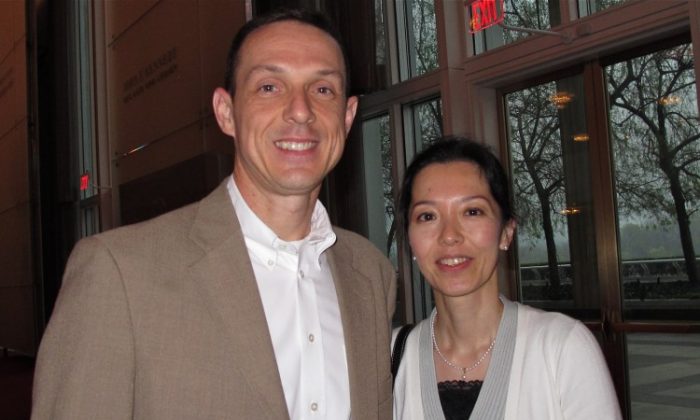 “The skill and discipline demonstrated by the performers is just sublime and just beautiful,” he said.

Shen Yun’s primary medium of expression is classical Chinese dance, which according to the company’s website, is one of the most comprehensive dance systems in the world, encompassing a unique breadth of movements and forms.

“It’s the combination of the grace of the choreography with the colors of the costumes, and music” that is impressive in the performance, Mr. Clough said, adding that it “all blends together making a very tactful performance.”

The performance also includes hand-made costumes that draw upon the various dynasties of China, as well as the various different ethnic groups in the country, including the Mongols, Tibetans, and Manchurians.

“They did a good job of leaving in some of the historical heritage of China with this challenge of maintaining some of those cultural expressions that are not necessarily welcomed in the current governmental system out there,” Mr. Clough said.

Even though Shen Yun has toured around the world to more than 100 countries, it cannot be shown in China, according to the company’s website. Much of China’s culture was destroyed under the more than six decades of communist rule.

Some of Shen Yun’s dance pieces depict the persecution of the Falun Gong mediation practice, which has taken place over the past 12 years.

“If you try to enforce a monolithic worldview on a people that is very diverse from a plurality of backgrounds, all you’re going to do is sow discord and dissent,” Mr. Clough added.

Mr. Clough’s wife, Akiko, a Japanese national, said she “loved the performance” and said she would “definitely” recommend the show to others.