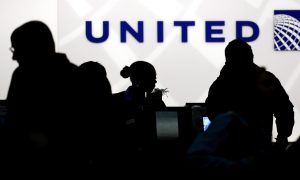 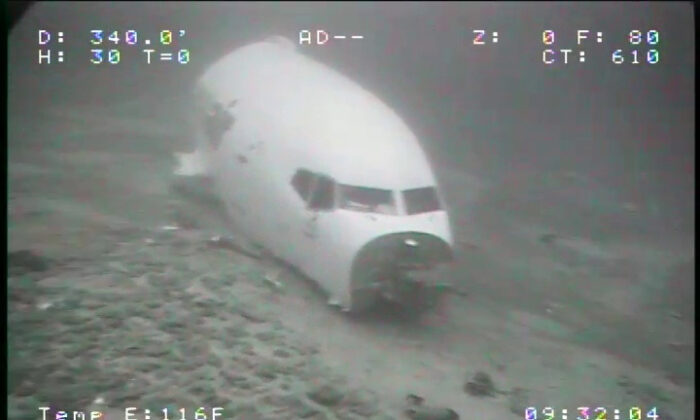 The jet cabin from Transair Flight 810 rests on the Pacific Ocean floor off the coast of Honolulu, Hawaii, on July 8, 2021. (Sea Engineering, Inc./NTSB via AP)
US News

Air Cargo Company That Ditched Plane Off Hawaii Is Grounded

A cargo airline whose plane ditched into the ocean off Hawaii has been grounded after investigators looked into the company’s safety practices before the accident.

The Federal Aviation Administration said Friday that it will bar Rhoades Aviation of Honolulu from flying or doing maintenance inspections until it meets FAA regulations.

The agency did not detail Rhoades’ alleged shortcomings. The company did not immediately respond to phone and email messages for comment.

The decision to ground the carrier, which operates as Transair, is separate from the investigation into the July 2 ditching of a Boeing 737, the FAA said. Two pilots were rescued by the Coast Guard after the nighttime crash.

The company had one plane still in operation this week, a Boeing 737-200 like the one that crashed.

The FAA said it began investigating Rhoades Aviation’s maintenance and safety practices last fall and told the company about two weeks before the crash that it planned to revoke its authority to do maintenance inspections. The company did not appeal the FAA’s decision within the 30 days as required if it wanted the case reconsidered, the FAA said.

The pilots attempted to turn back to Honolulu after telling an air traffic controller that they had lost power in one engine and feared that the other engine on the 46-year-old plane would also fail. Investigators with the National Transportation Safety Board found the wreckage of the plane but have not yet recovered the data recorders that could hold clues about what caused the plane to go down.