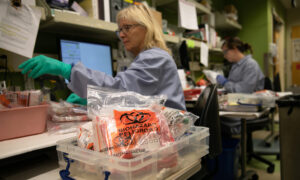 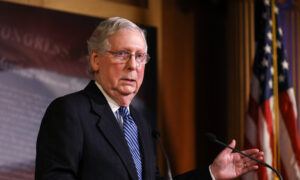 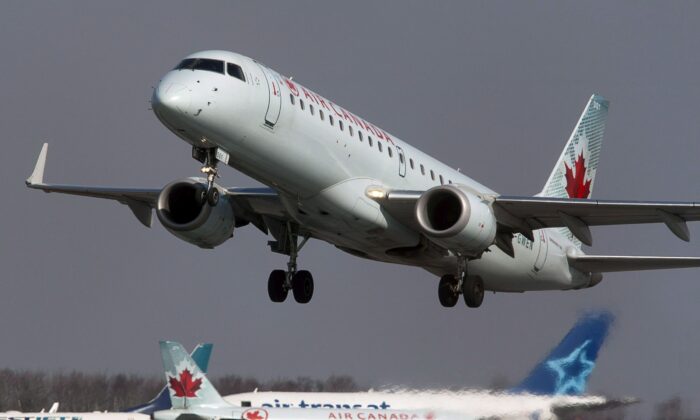 An Air Canada jet takes off from Halifax Stanfield International Airport in Enfield, N.S., in a file photo. A union official says Air Canada is laying off more than 5,000 flight attendants as the country's largest airline cuts routes and parks planes due to COVID-19. (The Canadian Press/Andrew Vaughan)
Canada

Air Canada to Lay Off More Than 5,000 Flight Attendants Amid COVID-19 Pandemic

MONTREAL—A union official says Air Canada is laying off more than 5,000 flight attendants as the country’s largest airline cuts routes and parks planes due to COVID-19.

Wesley Lesosky, who heads the Air Canada component of the Canadian Union of Public Employees (CUPE), says the carrier is laying off about 3,600 mainline employees as well as all of Air Canada Rouge’s 1,549 flight attendants.

The layoffs, which Lesosky says will take effect by April, affect roughly 60 percent of flight attendants at the two segments.

Air Canada says the layoffs are temporary and employees will be returned to active duty status when the airline is able to ramp up its network schedule.

The Montreal-based company said Wednesday it will suspend the majority of its international and U.S. flights by March 31.

The airline’s stock has plummeted 76 percent in two months, dropping steeply in the past two weeks as borders close and flight demand plunges.

“This has been the most challenging time any of us will likely ever experience as flight attendants,” Lesosky said in a statement.

“Our members have been on the front lines of this crisis since day one, and it has been a tough journey ever since. Our hearts go out to all of our members, especially those who fell sick while doing their job.”

The union has confirmed that members being laid off, or facing “off-duty status,” will be able to collect Employment Insurance, and also access benefits.

CUPE also said it will assist laid-off members with their next steps and work to bring them back once conditions in the industry stabilize.