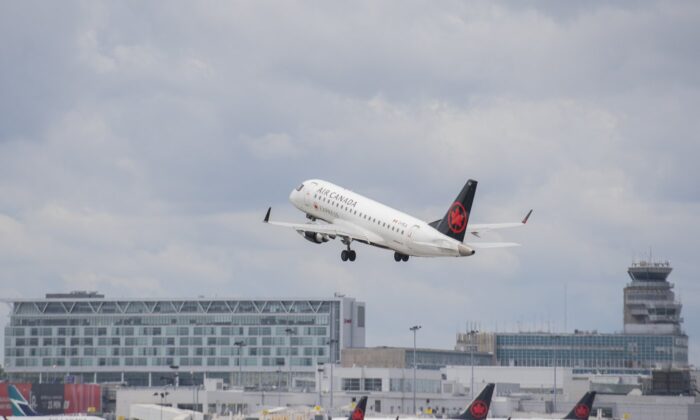 Air Canada reported a second-quarter loss of $386 million compared with a loss of $1.17 billion a year earlier, and says it saw a nearly five-fold increase in revenue.

Air Canada CEO Michael Rousseau says while the global airline industry is facing “unprecedented conditions as it emerges from pandemic-related restrictions,” the situation is “particularly challenging in Canada.”

He also says that despite “meticulous planning and projecting,” there remains a significant amount of pressure in restarting, but says he is “encouraged by recent improvements.”