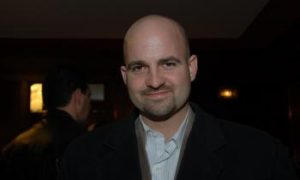 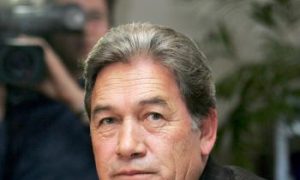 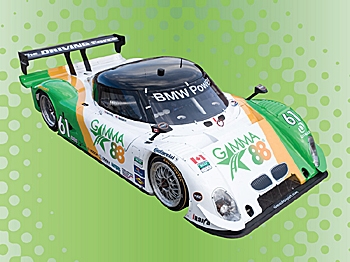 The AIM Autosport will look like this in its new Gamma88 livery at the Porsche 250. (Courtesy Sunday Group)
Motorsports

By James Fish
Print
AIM Autosport has picked up a new sponsor, Gamma88, for the next two races in the Grand Am Rolex Sports Car series: the Porsche 250 at Barber Motorsports Park and the Bosch Engineering 250 at Virginia International Raceway.

Gamma88 fits well as a racing sponsor: the product, Gamma88 is a fuel and oil reformulator which reduces emissions, removes engine deposits and reduces friction, thus reducing heat and wear, according to the AIM Autosport press release.

“Gamma88 works from the moment it is introduced in fuel and oil, and allows an engine to use less fuel while producing more work,” Gamma88 owner, Dave Lageschulte, is quoted as saying. “Gamma88 enables customers to cut fuel costs while becoming better stewards of the environment.”

AIM Autosport campaigns the #61 BMW Riley in the Grand Am Rolex Daytona Prototype class, the fastest class in the series. In the month its last race, the Miami Grand Prix, the team has been doing extensive testing, making suspension improvements and fine-tuning the BMW V8.

The #61 AIM Autosport car finished fourth at Miami. With the upgrades the car has received since then, drivers Burt Frisselle and Mark Wilkins can certainly expect to be fighting for the top step of the podium for the next two races.

The Porsche 250 at Barber Motorsport Park in Birmingham Alabama is part of an action-packed race weekend, April 9–10, which the Grand Am Continental Tire Sports Car Challenge Barber 200 and the IndyCar Grand Prix of Alabama.

Tickets are available through the Barber Motorsports Park website.