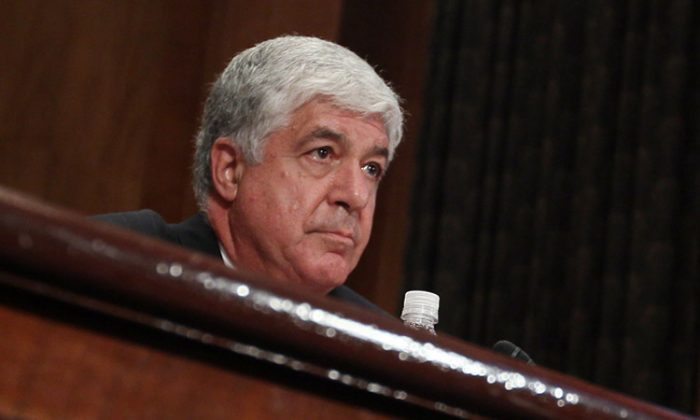 American International Group Inc. (AIG), thought to be on the verge of being dismantled during the height of the economic meltdown, has survived and is pulsating strongly.

“At AIG, the crisis is over. We are well on our way to achieving a complete turnaround, a feat that many believed, even a year ago, was impossible. … Not bad for a company that some believed would sink quietly into U.S. business history,” said Robert H. Benmosche, president and CEO at AIG, in a February letter to shareholders.

The U.S. government extended $182 billion to AIG, and of that amount, $21 billion was not used. To date, AIG still owes about $9 billion in interest payments, and U.S. taxpayers still hold 70 percent of AIG common stock, which amounts to about $36 billion.

AIG announced that it has paid the U.S. Treasury $1.5 billion one year earlier than required. “This $1.5 billion payment is a milestone—it retires the Treasury’s interest in the AIA SPV and it reduces total outstanding assistance more than 75 percent,” said Benmosche in a March 22 announcement.

The Treasury, on behalf of U.S. taxpayers, sold the 200 million AIG shares for $5.8 billion or $29 per share, of which $3.8 billion was turned over to the Troubled Asset Relief Program (TARP) and $2 billion to the U.S. government general fund, the fund that consistently borrows from the Social Security Trust Fund instead of investing Social Security funds in a truly interest bearing account.

As the future market value of AIG cannot be predicted, it is quite uncertain if taxpayers will lose out when the U.S. government sells the AIG stock.

“Even though Treasury and CBO [Congressional Budget Office] estimate a loss on these investments, we may not know for some time how much of a loss taxpayers will ultimately take,” according to the SIGTARP Quarterly Report.

“In the first half of last year, shares drifted down until the issue of shares to the government was completed in late May. Since then the shares have traded in a range of $19 to $29, and under performed the S&P 500 Index by a margin,” according to a February stock analysis on the Seeking Alpha website.

AIG will continue to underperform in 2012, given government ownership. An article on the Seeking Alpha website suggests that as long as the government is a stakeholder, the AIG stock will underperform.

“Though still a major presence in property-casualty and life insurance, the new AIG will be a smaller insurance organization, having shed a good deal of its global growth potential. AIG has no economic moat, in our opinion, and the one-time insurance leader will have a difficult time returning to its former dominant position,” according to a statement on the website of stock analysis firm Morningstar.

Discovering the Truth of High 2011 Profits

“[AIG’s] CEO Bob Benmosche on Monday said the insurer will produce a profit of up to $10 billion for taxpayers,” according to a March 26 recap of one of Jim Cramer’s “Mad Money” broadcasts on the CNBC website.

However, an article on the InvestorPlace website claimed just the opposite in late February with the headline “AIG Takes Taxpayers to the Cleaners … Twice!”

On a closer look, AIG stated in the second paragraph of the announcement, “Net income reflected a U.S. consolidated income tax group deferred tax asset valuation allowance release of $17.7 billion for the quarter and $16.6 billion for full year 2011.”

Not everyone has blinders on when reading earning announcements, including the InvestorPlace staff: “If you dig into the numbers, roughly $17.7 billion of that profit is just a trick of the spreadsheet. As Andrew Ross Sorkin writes, it was ‘a tax benefit, er, gift, from the United States government.’ Furthermore, AIG won’t pay a penny in taxes in 2012—and by some estimates, won’t owe the government a dime until after 2020.”

“The fact that the company made $1.6 billion during the quarter is laudable on some level. It proves that restructuring the insurance giant and divesting some assets to pay creditors has ultimately saved this company from the junk heap. But the fact that a company of this size won’t pay a nickel to the IRS—even after accepting the largess of Uncle Sam via the 2008 TARP bailout—is a bit galling to many Americans,” the InvestorPlace article argues.