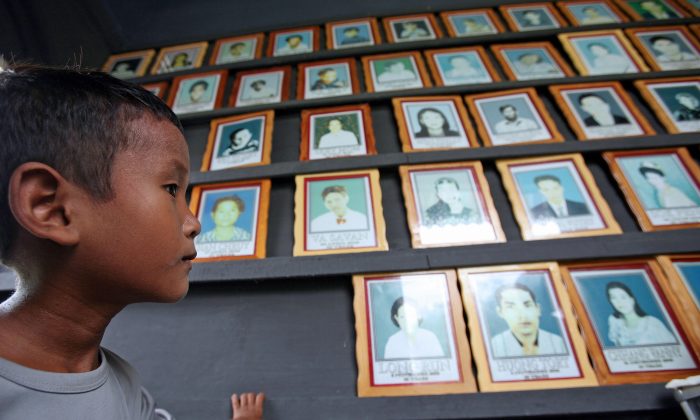 The great number of AIDS orphans in Asia is one of the most serious consequences of the HIV/AIDS epidemic today. The toll on children has become so serious that UNICEF has included an indicator related to the prevalence of HIV/AIDS in its “child risk measure.”

Although Thailand has a large number of AIDS orphans—usually defined as children under 15 who have lost their mother or both parents to AIDS—their numbers are high in other Asian countries as well. In Cambodia, Malaysia, and India, the increase in the number of AIDS orphans is similar to that of countries such as Namibia, South Africa, and Botswana. According to China’s Ministry of Health there are at least 100,000 AIDS orphans in China, which many believe is an underestimate.

Orphaning is a worldwide problem. It is estimated that, by the end of 2010, 106 million children had lost one or both parents, and 25 million of them became orphans because of AIDS. Although proportionally the number of AIDS orphans in Asia is much lower than in sub-Saharan Africa, in absolute numbers there are more orphans due to AIDS in Asia than in Africa.

Children orphaned because of their parents’ death by AIDS are likely to be malnourished and unschooled, and are at greater risk of becoming HIV-infected themselves. At the same time, because they are emotionally vulnerable, when they grow up they may tend to engage in risky sexual behavior that may lead to a vicious cycle of abuse and exploitation.

What makes this situation particularly worrisome is that the number of orphans will continue to rise for at least the next decade. Orphans due to HIV/AIDS are part of a much larger problem, since countries that have high rates of AIDS orphans also have a high number of children directly affected by the epidemic, and who are often just as vulnerable. Although their total number is difficult to assess, it has been estimated that over 3.4 million children worldwide are living with HIV/AIDS.

Because AIDS orphans may miss out on some valuable life skills passed on by their parents, they are more likely to face social, health, and economic problems as they grow up. In addition, orphans, particularly those from poorer households, are less likely to attend school compared to nonorphan children.

It is necessary to develop major educational campaigns to make adults more aware of the danger of the infection, not only to themselves, but also the risks it poses to their children. To help AIDS orphans in a more immediate and practical way it is necessary to strengthen the capacity of extended families to protect and care for orphan children by providing them with financial aid by local councils or provincial governments.

Bjorn Ljungqvist, UNICEF representative in Ethiopia, has stated, “In all countries where you have a big HIV/AIDS epidemic, at first you don’t see any orphans at all, as they are absorbed by the traditional systems. And then all of a sudden you seem to reach some type of breaking point and you start finding these children in the streets, you start finding them working in difficult conditions, you start finding even child-headed households.”

Orphan children’s special needs should also be addressed through community-based responses and by increasing the capacity of local orphanages. It is critical to diminish the stigma surrounding HIV infection. Because of this stigma, many orphan children are denied access to schooling and health care, and may end up living as street children.

Often times, children who have lost their parents to AIDS are assumed also to be infected with HIV, a situation that further stigmatizes them. It is critical not only to plan new government policies including legal, education, and labor frameworks, but also to create the conditions so that these policies will be implemented.