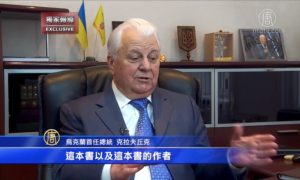 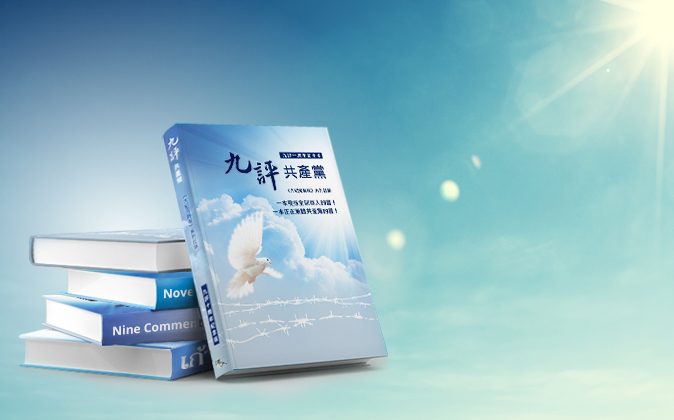 At the end of 2004, the editorial board of The Epoch Times published a series of editorials called, "Nine Commentaries on the Communist Party," which, for the first time in human history, profoundly revealed the deceitful, violent, cult-like, and rogue nature of the Chinese Communist Party at the historical, political, economic, cultural, and faith levels. (The Epoch Times)
Chinese Regime

At the end of 2004, The Epoch Times editorial board published a series of editorials called “Nine Commentaries on the Communist Party.” They revealed the deceitful, violent, cult-like, and rogue nature of the Chinese Communist Party (CCP). Following the publication, Chinese people began to quit the CCP by posting their withdrawal statements on the Chinese-language Epoch Times website.

The movement of quitting the CCP and its two affiliated youth groups—the Young Pioneers and the Communist Youth League—is often referred to as “the Three Withdrawals” by Chinese people. A significant number of the Three Withdrawals has come from the top echelon of the CCP, including officials from the State Council, ministries, the National People’s Congress, the Central Party School, and from provincial and municipal cadres.

Inside China, Falun Gong practitioners have taken the lead in assisting people with the task of “registering” their quitting statements on The Epoch Times, which requires circumventing the Chinese internet firewall.

Falun Gong is an ancient spiritual practice centered on the cultivation of truthfulness, compassion, and forbearance. The practice gained wide-spread popularity throughout Chinese society during the 1990s, only to be suppressed by former CCP leader Jiang Zemin in 1999. While subjected to more than two decades of brutal persecution, Falun Gong practitioners have peacefully resisted the pressure to give up their faith and have instead encouraged their fellow countrymen to quit from the Party.

Mr. Wang, a Falun Gong practitioner, recently shared a story on Minghui—a website that documents the persecution of Falun Gong—describing how he assisted his brother-in-law to quit from the CCP.

Wang’s brother-in-law used to be the aide to a deputy state level official. As a senior figure in the CCP, he was well aware of the Party’s evil deeds and insider stories. He was also aware that senior officials’ phones are monitored, so there were things the two men didn’t dare to say on the phone but could only say in person.

Being the attendant of a high-ranking official, Wang’s brother-in-law also had a lot of power. For example, when visiting Beijing, it was easy for him to deploy dozens of police cars. There were always people, including movie stars and directors, asking for his “help”. When dispatched to a provincial-level department, he would always be driven around in a fancy limousine arranged by the provincial government and staying in high-class hotels, no matter whether it was for personal affairs or business.

Wang continued, “The Communist Party has done so many bad things, God will definitely punish it and destroy it, and its members will also be implicated. How about I help you quit?” After giving it a moment’s thought, his brother-in-law agreed.

The next day the two men got together again. His brother-in-law anxiously grasped Wang’s hand and wanted to know whether Wang had sent the quitting statement in. And though Wang replied, “Don’t worry, it’s already registered,” his brother-in-law was still worried and kept repeating several times, “You must help me quit. Don’t forget!”

One CCP State Council official wrote in his quitting statement: “It’s against my will to be a hired thug! I’m sorry, Chinese people! I hope the Communist Party will die soon.”

Li Bochun, a senior retired Army officer, wrote this: “I am determined to quit the evil Chinese Communist Party forever! I am a retired technical official for national defense with 43 years of military service and more than 30 years of Party service. I used to believe whatever my superiors said. It was only after I retired that I truly understood the evil nature of the Communist Party.”

A large number of CCP members in China’s state-run media outlets have also quit the Party.

A CCTV reporter wrote: “Enough is enough. Today, I formally declare that I am free from all ties with them. I used to be a reporter for the TV station. I have seen through their hypocrisy during my years of work. I have been deceived by the Party with the propaganda of lies. Today, I officially dissociate myself from all relations with it.”

According to an Epoch Times tally, more than 376 million people, about 27 percent of China’s population, have quit the Chinese Communist Party and/or its affiliated youth organizations as of the end of April 2021.

Before the collapse of the former Soviet Union, there also emerged a wave of quitting the Communist Party, which claimed to have had 19.2 million members. According to The Last Empire: The Final Days of the Soviet Union, more than 4 million Soviet communists quit the Party between the beginning of 1990 and July 1991.