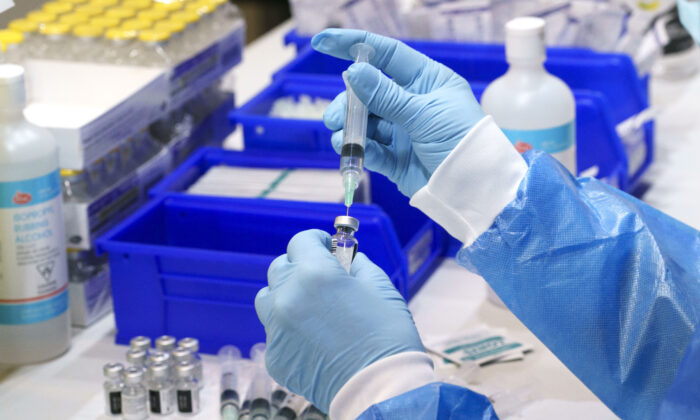 A health worker prepares a syringe with COVID-19 vaccine at a vaccination clinic in Montreal on March 15, 2021. (The Canadian Press/Paul Chiasson)
Canada

Tiago Henriques, a seasoned artificial intelligence expert who noticed that news of adverse reactions to COVID-19 vaccines were highly censored in the media, decided to create a Facebook group that lets the vaccine-injured and their loved ones share their stories.

Most Facebook pages on the topic of vaccine side effects and adverse events get removed very quickly by the social media platform, managing to get only a few thousand followers. With technical skills and the use of methods that stay within the confines of Facebook’s terms of service, Henriques and his team managed to keep their page up much longer, getting over 245,000 followers to date.

The Facebook group “Died Suddenly News” was created in late June 2021. Members of the private group share personal stories of people they know who have developed serious medical conditions or even died shortly after receiving the COVID-19 shots.

“I wanted people to talk to each other. Individuals who’ve gone through the same experience, they can be there for each other, be compassionate, show some love, and just get a little bit of relief, because a lot of these people live in small communities—they have nobody to talk to,” said Henriques in an interview on NTD’s Evening News aired on Sept. 9.

Henriques, who resides in Nova Scotia, says that the group started off slowly but that as the months went by, it gained momentum with more and more people signing up. “In the last three, four months, it’s like absolutely exploded,” he said.

The AI expert says the “heartbeat” of the group is those who share their stories.

“The stories that you read on there [about] vaccine injuries, vaccine deaths, they’re very visceral,” he said. “These are real people in your communities, telling you, telling everybody about their story, and I think that’s what makes it more real.”

Henriques says the page is currently moderated by about 15 to 20 moderators, who remove any trolls attempting to disparage members or be disrespectful to them.

“We keep a pretty tight lid on things. We try to make things run like a Swiss watch, but sometimes it’s challenging. It is a big group, it is growing, so we’re going to have those growing pains,” he said.

Henriques, who programs in languages such as Python, PyTorch, and TensorFlow, says his team has respected Facebook’s terms of service but is aware that even then their page may still be targeted and shut down. He is in the process of creating a separate platform that is not prone to censorship by social media companies.

“[It’s] kind of like Facebook, except with all the statistics from all over the world,” he said.

“I’m going to have the geographical locations, which vaccines they took, what lot number, what happened to them, all the important statistical data. We’re also going to have a section there where they can find help.”

The programming expert says he will keep the new website open source for anyone, including those from media organizations, who are interested to “see what the data is almost in real time” of people around the world injured by the vaccines.

To fund the project, Henriques has set up fundraising campaigns in GoFundMe and GiveSendGo, where anyone who is interested in the cause can donate.

“My mission is to have our very own platform free from censorship and judgment—a place where caring people can come share their stories free from harassment and feeling safe in a community that truly listens to them,” his fundraiser pages say.

“The need for the new platform is important as it would allow us to compile statistics and evidence on what’s really going on in the world. It will give us autonomy and not have to fear being turned off at any time by the powers that be.”