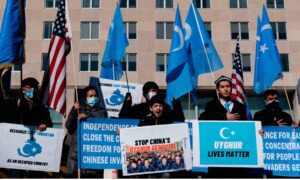 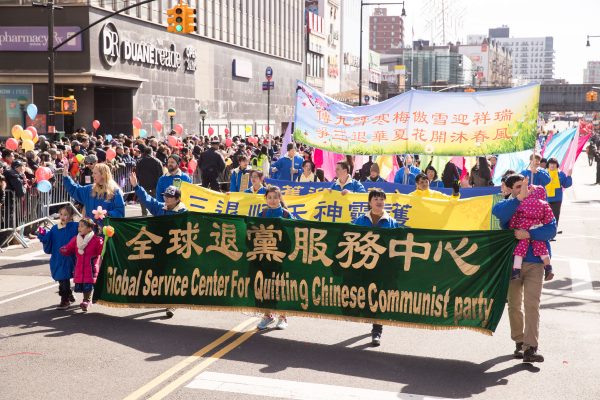 Ahead of Momentous Milestone of 300 Million Withdrawals from the Chinese Communist Party, Chinese Citizens Share Their Stories on Why They Quit

On March 24, the number of Chinese who publicly revoked their membership in  the CCP or its affiliated organizations reached 300 million. For comparison, the Chinese Communist Party currently has about 90 million members.

The trend began with the publication of a nine-part editorial series by the Chinese edition of The Epoch Times, “Nine Commentaries on the Chinese Communist Party,” in November and December 2004. The series dissected the Party’s origins, essential nature, and historic and current crimes, inspiring many to renounce their previous or current ties to Party organizations—called “tuidang” in Chinese.

Below are the stories of two Chinese and of the journey that led them to their choice.

Liu Jianguo was the director of the Beijing Civil Affairs Bureau, an office in the municipal bureaucracy. He was also the chauffeur for a very important figure—Xu Qinxian, the 38th army commander who chose not to follow orders from the Party leadership to crack down on student protesters in the infamous Tiananmen Square Massacre on June 4, 1989. Xu refused to lead his troops into Beijing to shoot down protesters.

Xu was immediately placed under house arrest after defying the order. He was then removed from his post, arrested, and sentenced to five years in prison. As Xu’s chauffeur, Liu was also implicated. He told The Epoch Times that during his detention, he was once hoisted up in the air for seven days. The CCP “is destroying people mentally. It deprives you of your dignity and makes you want to die rather than to live,” Liu said.

Just one week after Liu and his family arrived in the United States on a visit in October 2017, Liu met tuidang volunteers in a local neighborhood. He decided to quit the CCP, which he had been a member of for 32 years. He chose to do so with his real name, not fearing any reprisals from Party authorities.

During his interview with The Epoch Times, Liu talked about the historic moments he witnessed that led him to become disenchanted with the CCP.

On the evening of June 3, 1989, Beijing citizens tried to stop the army from heading toward Tiananmen Square to suppress students.

Ten years later, he witnessed the peaceful appeal of 10,000 Falun Gong practitioners near Zhongnanhai, the CCP’s headquarters, on April 25, 1999.

Falun Gong, also known as Falun Dafa, is a meditation practice based on the principles of truthfulness, compassion, and tolerance. In 1999, former Party leader Jiang launched a nationwide persecution of Falun Gong adherents, believing that the group’s popularity—in 1999, there were up to 100 million adherents, according to Western media outlets quoting Chinese officials—would undermine the Party’s authority.

Jiang mobilized the state’s security apparatus to arrest and detain practitioners. More than 4,000 adherents are confirmed to have died as a result of torture and abuse while in custody, although the real number is believed to be much higher, due to the difficulty of getting information out of China, according to the Falun Dafa Information Center, the group’s press office. In addition, large numbers of practitioners have been killed for their organs, used in China’s organ transplantation industry, according to independent researchers.

“I happened to drive past Zhongnanhai. I drove slowly and just wondered how these people could be so neat and quiet. The ground was also clean. But I didn’t see any organizer or someone maintaining order,” he said. “Only in the evening did I learn they were Falun Gong [practitioners] appealing. There were so many people there but they could still be so orderly. I admired them greatly.”

“Without the CCP, China will be much better,” he said. His daughter, Liu Yangyuan, who had also worked in the Beijing Civil Affairs Bureau, also chose to quit the Communist Youth League using her real name.

Another individual who chose to tuidang is Bai Jimin, whose wife was a military officer in China’s air force. He immigrated to the United States from Shanghai. As a businessman, Bai often went abroad to do business. As a result, he was suspected of being a spy who used his marriage to conduct espionage for foreign countries.

Bai said that Party officials tried to frame him with “evidence” and destroy his marriage. They began to track and monitor him, wiretapped his telephone, stole his briefcase, hired gangs to intimidate him, and even tried to poison him. He was forced to leave his elderly mother, wife, and children to escape.

Bai said he saw clearly how corrupt the CCP’s security apparatus is. “It persecutes you but still forces you to say it is good. It is a thief itself but will detract attention from its misdeeds by claiming there are thieves elsewhere,” he said. “The world’s largest terrorist organization is the CCP.”

Bai said while attempting to appeal his case to local authorities, he has met some Falun Gong practitioners and witnessed their mistreatment by the Chinese regime. “The CCP treats these kind-hearted Falun Gong practitioners as outsiders. In the intensified suppression, the CCP tries to marginalize them and isolate them from their relatives, coworkers, and neighbors,” he said.

Bai said that with 300 million people quitting the CCP, it has become clear that more and more Chinese people are awakening to the truth about the Party.