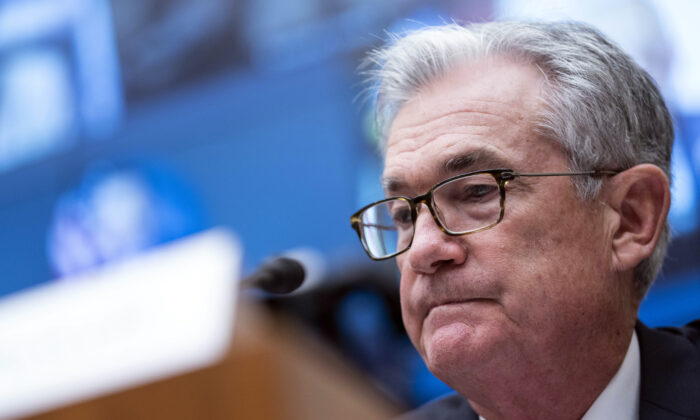 Ahead of FOMC Meeting, Experts Debate If Federal Reserve Can Cure Inflation

The Federal Reserve will complete its two-day December monetary policy meeting on Wednesday, and market analysts are describing it as the most important meeting of the year.

According to the latest CNBC Fed Survey results, economists, strategists, and money managers anticipate the central bank will stop its asset acquisitions by March and begin raising interest rates in June.

The survey also found that the fed funds rate is forecast to increase to 1.5 percent by the end of 2023, up from its current range of near zero.

The recession probability stood at 19 percent.

This is in line with the CME Group FedWatch Tool, which shows that the market is penciling in a 25- or 50-basis-point rate hike in June 2022.

But will these measures be enough to curb 39-year high inflation levels? Financial experts are split on the efficacy of these efforts, should the Fed double its pace of tapering its pandemic-era stimulus and relief programs that were designed to cushion the blows from the economic fallout of COVID-19.

Many of the top Fed officials are split on what the central bank can do to stop inflation in its tracks.

In his final appearance before exiting the institution later this month, Fed Governor Randal Quarles presented the case for accelerating the central bank’s tapering plans and start hiking interest rates to cool the myriad of price pressures situated in the economic recovery.

“I certainly would be supportive of a committee decision to move the end of the taper forward from where people have been expecting it in June,” Quarles stated during an American Enterprise Institute (AEI) webcast earlier this month.

San Francisco Fed President Mary Daly disagrees that the central bank should start increasing short-term rates, telling the Commonwealth Club in San Francisco that “pre-emptive action isn’t free” and that “there are costs.” Daily does not expect high inflation will persist.

“I expect inflation to moderate as the pandemic recedes,” Daly said, adding that the outlook for the next nine months is too uncertain to justify action.

“Over the next several quarters, as tapering occurs, we will watch how the economy does and see whether inflation eases and workers come back. As we get a clearer signal, we will be ready to act accordingly, continuing to provide or remove support as needed to ensure the economy settles at a sustainable place,” she noted.

Speaking in an interview with the Fox Business Network, Tyler Goodspeed, the former acting chairman of the Council of Economic Advisers, argued that he is doubtful that two rate hikes would be enough to fight price inflation, citing the plethora of inflationary pressures.

“I’m not so convinced because as we noted, inflation expectations have risen and you have all these supply chain bottlenecks, you have increased demand stimulus coming in 2022 with the reconciliation bill,” Goodspeed explained. “We still have a labor force participation problem. We are still $1.8 trillion cumulatively short on business investment. So I think the bigger picture macro situation still points to a lot of inflationary pressure, and I don’t know that the two rate hikes are going to are going to cut it.”

Peter Schiff, the president and CEO of Euro Pacific Capital, told Yahoo Finance that not much can be done to cure inflation because the Fed has “spent years creating this problem. The cat’s out of the bag.”

Schiff suggested that the only way the Fed could cease exacerbating these issues is if it stopped “printing money right now.”

“They won’t do that of course because it would create the worst financial crisis since 2008,” he averred.

Ryan McMaken, an economist and senior editor of the Mises Institute, questioned if the Fed allowing the fed funds rate to climb by even 50 basis points would make much difference, telling The Epoch Times that the body has been “remarkably behind the curve.”

After an extended period of historically low-interest rates and about $9 trillion in asset purchases, he purported that the Fed could trigger a selloff in the financial markets and transform inflation into deflation.

“It appears the economy is so fragile now—and so dependent on central bank stimulus—that we have no idea if the market can possibly avoid collapse without ongoing injections of fed money designed to keep rates low and asset demand high,” McMaken said.

For some economic observers, it could be tough for the Fed to regain its credibility after declaring inflation to be a temporary reaction to the reopening for much of this year.

Has the Fed Lost Its Credibility?

For nearly all of 2021, the Fed and the Treasury Department insisted that inflation was transitory, citing the global supply chain crisis and a reopening economy resulting in simultaneous global demand.

But has the damage been done?

Allianz Chief Economic Advisor Mohamed El-Erian asserted in an interview with CBS’ “Face the Nation” on Sunday that the Fed describing inflation as transitory was “the worst inflation call in the history” of the century-old institution. This, he noted, resulted “in a high probability of a policy mistake.”

“So, the Fed must quickly, starting this week, regain control of the inflation narrative and regain its own credibility,” he added. “Otherwise, it will become a driver of higher inflation expectations that feed onto themselves.”