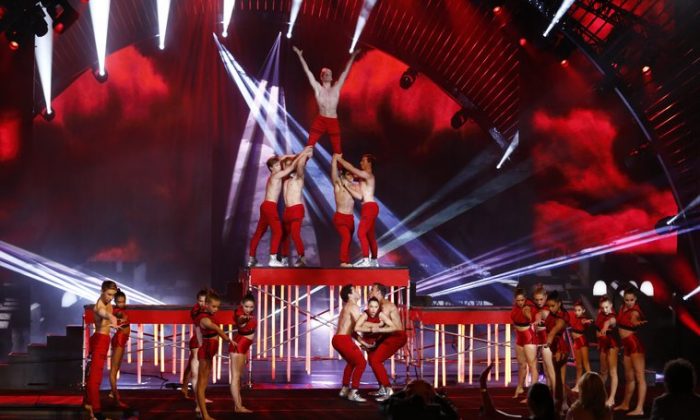 America’s Got Talent finished its semifinals on September 10, with six of the 12 remaining acts advancing to the finale.

Acrobatic group AcroArmy and singer Emily West are among those who will advance.

“Dear America, My home of the BRAVE. THANK U! I am in the ladies room…crying tears of joy. Now- lipstick,” she said via Twitter.

They were the first two to be announced, followed later by Quintavious Johnson and Mat Franco.

AcroArmy did a Chinese-themed performance on Tuesday night while West sang Nights in White Satin by The Moody Blues.

Meanwhile, shadow dancers Blue Journey and singer Mara Justine were the first two eliminations to be announced. They were later followed by David and Leeman and Mike Super, then Christian Stoinev.

And Emil & Dariel, Sons of Serendip, and Miguel Dakota were in Snapple Save, meaning one of the three would be eliminated. Sons of Serendip earned the fans’ vote, leaving the cellists and singer at the mercy of the judges. The judges chose Dakota over the cellists.

YAY! We are so ready to see what @MatFrancoMagic has planned to dazzle us for the #AGTFinale! http://t.co/DZ94c8EEJy

Doing the happy dance that @thequintavious will be performing in the #AGTFinale next week! #AGT http://t.co/CSxQRSlZMN