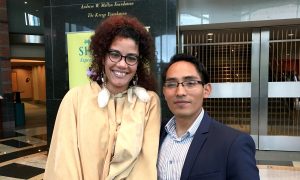 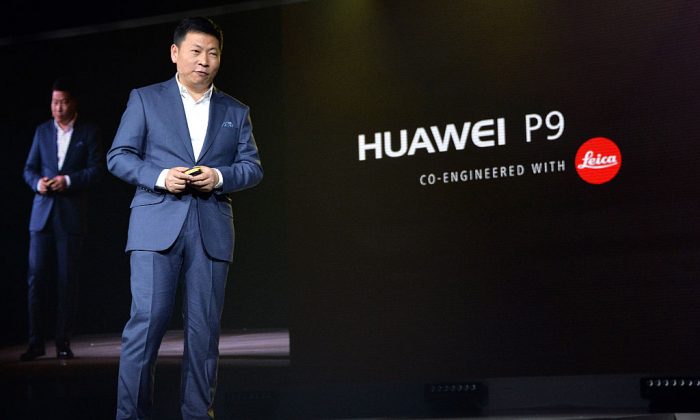 Incidents like this aren’t anything new when it comes to Chinese tech companies. Epoch Times noted back in 2014 that Chinese company Xiaomi had built its entire brand around copying Apple, right down to its CEO dressing like Steve Jobs during product events.

The recent development does, however, highlight an important issue.

Just a few months ago, U.S. leaders were adamant about stopping the Chinese regime’s use of cyberattacks to steal information from U.S. companies. This led to the agreement, announced by President Barack Obama and Chinese leader Xi Jinping, on Sept. 25, 2015, to end the use of cyberattacks for economic theft.

Obama stated at the time, “We’ve agreed that neither the U.S. or the Chinese government will conduct or knowingly support cyber-enabled theft of intellectual property, including trade secrets or other confidential business information for commercial advantage.”

There is mixed reporting on how effective the agreement was. A “60 Minutes” segment on Jan. 17 noted that the day after the announcement, Chinese cyberattacks on U.S. businesses continued as usual. Cybersecurity company FireEye claimed the agreement did reduce the number of Chinese cyberattacks on U.S. companies, but its claims are also contested by other cyber researchers.

In other words, the agreement does nothing to stop cyberattacks used for intelligence gathering. This means the Chinese cyberattacks on the Office of Personnel Management, which stole 21.5 million records on current and former U.S. federal employees, fall outside the program.

And just as importantly, the agreement does nothing to stop Chinese economic theft using methods other than cyberespionage.

That last part is important. The part that’s often overlooked in China’s use of cyberattacks for economic theft is that cyber activity is merely one of many tools the Chinese regime uses for theft of information, and all its tools are in turn just extensions of a system being directed by regime policy.

The Chinese regime still has a large focus on using conventional spies to steal information. Over the course of just three weeks in April, there were four cases of alleged Chinese spies targeting the United States.

Even this month, there has already been one case of an individual conducting what resembles espionage on behalf of the Chinese regime. A former U.S. Army contractor was sentenced to six months of home confinement for lying on his security clearance form by concealing that he formerly served in the Chinese People’s Liberation Army. The individual had also violated security protocols by connecting a USB drive to a computer on the Army network, and then trying to cover his tracks.

The fact is, the Chinese Communist Party has a vast system for stealing information from the United States and from U.S. businesses.

Its other methods include its use of vast networks of student spies, its use of academic research partnerships, its use of front organizations including Chinese hometown associations, its use of business partnerships around research, and its use of inviting foreign experts on key topics to visit China and either present or cooperate in research around their expertise.

Then there are Chinese “gray markets,” where Chinese factories that manufacture foreign goods simply do additional production runs so they can make and sell the products themselves.

Stopping the cyberattacks won’t stop the problem. Cyber methods certainly make it easier for the Chinese regime to steal products and designs, but again, the regime has plenty of other tools at its disposal.

Think of cyberattacks as just one head of a hydra. You can cut off the head, but two heads will grow back in its place. With the Chinese regime, if cyberespionage is removed from the equation of economic theft, it will simply find other, more effective means.

Yet, just like the mythical hydra, the way to stop this system is to stop swinging at the appendages and go straight for the heart—and for the Chinese regime, the heart of these programs is its internal policies and facilities for stealing and copying foreign technology.

Its policies for economic theft include Project 863, the Torch Program, the 973 Program, and the 211 Program. It also has a vast system of centers designed to reverse-engineer stolen technology, known as China’s National Technology Transfer Centers or National Demonstration Organizations.

With recent U.S. efforts to stop the Chinese regime’s use of economic theft, the question shouldn’t be whether the cyberattacks have stopped. The questions should be whether the Chinese regime has ended its policies that guide economic theft, and whether it has closed its facilities dedicated to copying stolen technology. The answer so far to both of these questions is a simple “no.”