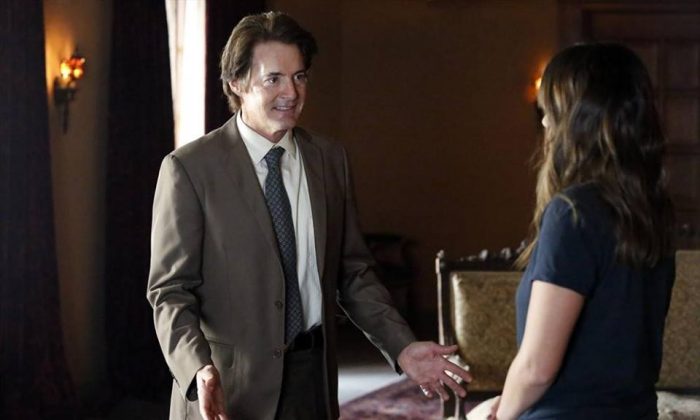 Agents of SHIELD Schedule: When Does Season 2 Return After Fall Finale?

Agents of S.H.I.E.L.D. season 2 is set for its fall finale on December 9 and fans are wondering when the ABC show will return after episode 10.

The network says the show will return on Tuesday, March 3 with new episodes.

The details of those episodes haven’t been officially released as of yet, but the events in episode 10 will set up what happens next.

In What They Become, Coulson’s and Whitehall’s forces meet  in an explosive confrontation while Ward brings Skye to her father (Kyle MacLachlan), leading her to discover shocking secrets about her past.

“We’ve been building up to it and we knew it would be an emotionally charged scene,” showrunner Jed Whedon told The Hollywood Reporter.

Showrunner Maurissa Tancharoen praised writer Jeff Bell’s handling of the script. “He captured the strained father/daughter relationship of Skye hoping to meet the man she always wanted to meet,” she said.

Meanwhile, the showrunners told Entertainment Weekly that the show will feature a tie-in with Avengers: Age of Ultron sometime this season.

“You should expect something,” Whedon said. “The Avengers is the big tent that all the franchises play under. Obviously, we’re included in that.”

The crossover isn’t expected to be as big as the one in Winter Soldier.

“I don’t think any movie has the potential to impact us in the way that Captain America 2 did,” executive producer Maurissa Tancharoen said, “but there will be connections.”