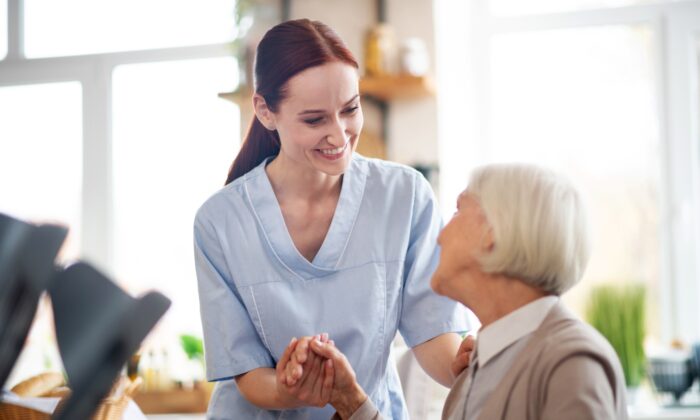 The ALP argues that high fees for Home Care is leading to elderly Australians missing out on the care they need to help them remain in their own home.(Dmytro Zinkevych/Shutterstock)
Australia

Aged care workers have said they are sceptical the federal government’s ambitious planned reforms to the sector can be achieved, a survey suggests.

About half of the 1100 workers canvassed shortly after the May election said they planned to leave the sector within the next three years, according to the report published on Monday by aged care service consultants CompliSpace.

More than half believed it would be impossible to achieve new minimum care mandates in the proposed time frames.

The Albanese government has introduced legislation requiring all aged care facilities to have a registered nurse on site 24 hours a day.

They will be required to provide residents with a minimum of 215 minutes of care per day from October 2024 under a planned $2.5 billion (US$1.78 billion) overhaul of the sector.

CompliSpace chief executive David Griffiths said the increase in care was needed but could not be achieved under existing staffing levels.

He said increased funding was needed to maintain the existing workforce and attract up to 50,000 additional nurses and support staff.

“Without intervention, the residential aged care industry will be drastically understaffed within the next three years, exacerbating an already fragile framework of quality service delivery,” Griffiths said.

“Residents will not get the care that workers want to give them and the care that the government has legislated. Along with lack of care will come an increased risk of harm.

“All politicians are trying their best to navigate their way through these challenges, but workers are emphatically saying the new mandated minimum care standards cannot succeed without a corresponding lift in funding.”

Legislation responding to the recommendations from the aged care royal commission last month became the first to pass federal parliament under the new Labor government.

The federal government has also backed a pay rise for aged care workers, outlining support for an increase in the minimum wage in the sector to the Fair Work Commission.

Almost half of the workers surveyed believed a pay rise of more than 25 percent, costing taxpayers an additional $4 billion per year, was needed to keep them in the industry.

The commission is expected to report by early 2023.