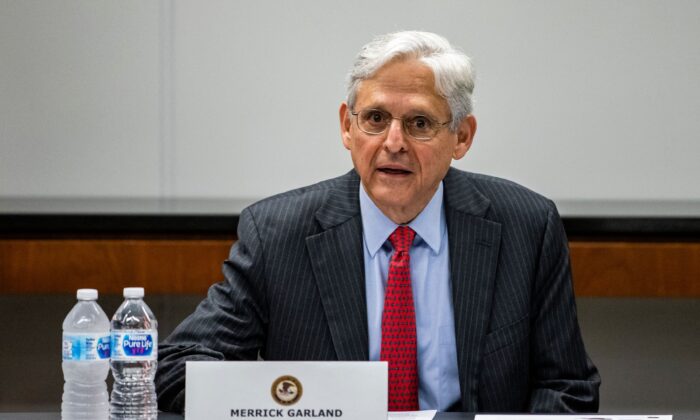 “The order violates federal law in numerous respects, and Texas cannot lawfully enforce the executive order against any federal official or private parties working with the United States,” Garland told the Republican governor in a letter.

Garland warned that the Department of Justice (DOJ) will “pursue all appropriate legal remedies” if the Lone Star state refuses to rescind Executive Order GA-37, which he described as “both dangerous and unlawful.”

“In short, the order is contrary to federal law and cannot be enforced,” Garland wrote. “I urge you to immediately rescind the order.”

The AG’s letter comes just one day after Abbott signed the executive order, which cites a surge in CCP (Chinese Communist Party) virus infections in Texas as the reason for the restriction.

“The dramatic rise in unlawful border crossings has also led to a dramatic rise in COVID-19 cases among unlawful migrants who have made their way into our state, and we must do more to protect Texans from this virus and reduce the burden on our communities,” Abbott, a Republican, said in a statement in issuing his order on Wednesday.

“This executive order will reduce the risk of COVID-19 exposure in our communities,” he said.

The order prohibits anyone other than a federal, state, or local official from transporting migrants detained by CBP for crossing the border illegally, who are subject to expulsion under the federal Title 42 order.

Hitting back against Garland’s letter, Abbott said in a statement that the Biden administration “fundamentally misunderstands what is truly happening at the Texas-Mexico border.”

“The current crisis at our southern border, including the overcrowding of immigration facilities and the devastating spread of COVID-19 that the influx of non-citizens is causing, is entirely the creation of the Biden Administration and its failed immigration policies,” the governor added.

“And it is increasingly a matter of grave public-health concern as unlawful migrants enter from countries with lower vaccination rates than the United States.”

Republicans have blamed Biden’s rollback of Trump-era policies for fueling the border surge, which they insist is a crisis, while members of the administration have sought to portray the spike in illegal crossings as a challenge, driven in part by seasonal factors.