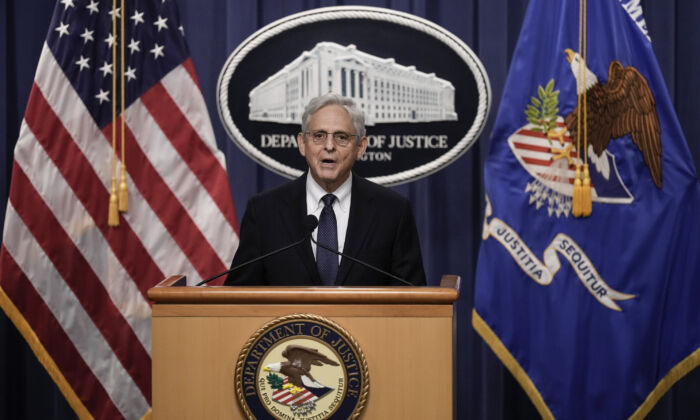 “Like the policies regarding communications with the White House, these policies ‘are designed to protect our criminal and civil law enforcement decisions, and our legal judgments, from partisan or other inappropriate influences, whether real or perceived, direct or indirect,’” Tuesday’s memo added.

In one section of the Justice Manual, it says that “repeated requests for public information from the same Member of Congress or staff, or from different Members of Congress or staff concerning the same matter or case, should be promptly reported to OLA.  If you are unsure if certain information should be released, or whether it is proper to give certain assistance requested, please contact OLA.”

“Although longstanding Department policy has permitted non-career appointees to attend partisan political events, e.g., fundraisers and campaign events, in their personal capacities if they participated passively and obtained prior approval, under the new policy, non-career appointees may not participate in any partisan political event in any capacity,” Garland wrote.

While it’s unclear why Garland decided to remind employees about the policy, it comes on the heels of FBI whistleblowers having provided information to members of Congress—namely Sens. Chuck Grassley (R-Iowa) and Ron Johnson (R-Wis.) as well as Rep. Jim Jordan (R-Ohio)—regarding bureau investigations and allegedly political biases held by key leaders.

Garland’s reminder was criticized by other Republicans, including Sen. Tom Cotton (R-Ark.), who wrote DOJ and FBI employees are protected by federal law.

“DOJ employees, take notice: No matter what this memo says, you are protected by federal law if you contact my office to blow the whistle on the improper politicization of the Department of Justice by Merrick Garland and [President] Joe Biden,” he wrote on Twitter.

Earlier this month, Jordan told news outlets that at least 14 whistleblowers from the FBI and Department of Justice have come forward with complaints about the agencies over the past year or so.

Two whistleblowers recently came forward about a memo related to alleged violence and intimidation at school board meetings and four in connection to the Jan. 6, 2021, Capitol breach, Jordan said.

“Some of these good agents are coming to us, telling us … what’s going on—the political nature now of the Justice Department … talking about the school board issue, about a whole host of issues,” Jordan told Fox News.