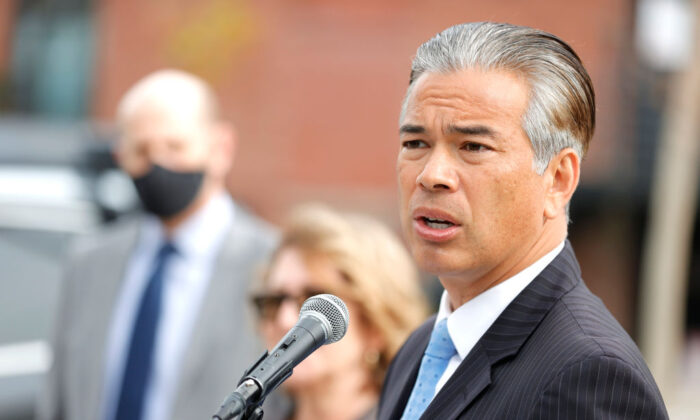 Orange County supervisors can continue to represent constituents in the districts where they were first elected before the county’s adoption of redrawn district maps, according to California Attorney General Rob Bonta.

Supervisor Katrina Foley raised the question after she was required to start representing new cities following the county’s redistricting process.

The Board of Supervisors adopted a new district map after a redistricting effort in 2021. New maps are required every decade by law. The redrawn districts became official in January, at which time the board voted to require each supervisor to represent constituents in the newly drawn districts—but not those in the supervisor’s original district.

Following the release of Bonta’s opinion (pdf) on July 20, Foley said she was looking forward to representing her original district again.

“Voters must feel confident in their vote determining who represents them,” Foley said in a statement emailed to The Epoch Times. “I am excited to return to the district where I live, run my small business, and complete the local initiatives I started before reassignment.”

Foley, a Democrat, was elected in March 2021 by voters in District 2, which originally included coastal cities and parts of Buena Park, Fountain Valley, and Rossmoor.

After redistricting, she was assigned to represent the central county cities of Santa Ana, portions of Anaheim, Garden Grove, Orange, Tustin, and North Tustin, and was prevented from representing the communities that elected her.

Foley is running for supervisor in District 5—which represents Costa Mesa, where she lives, and other coastal cities—against Sen. Patricia Bates (R-Laguna Niguel) in November.

In April, Sen. Tom Umberg (D-Santa Ana) wrote the attorney general a letter asking for his opinion on the redistricting matter.

“The voters are entitled to their representative for the term office to which they were duly elected,” Umberg wrote.

The senator acted after a May 10 vote by Orange County supervisors declining Foley’s request to authorize county counsel to seek the attorney general’s opinion.

Orange County Counsel Leon Page and Board of Supervisors Chair Doug Chaffee told The Epoch Times they had no public comment on Bonta’s opinion.