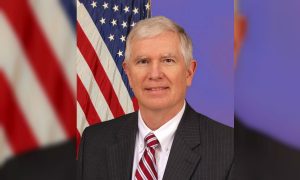 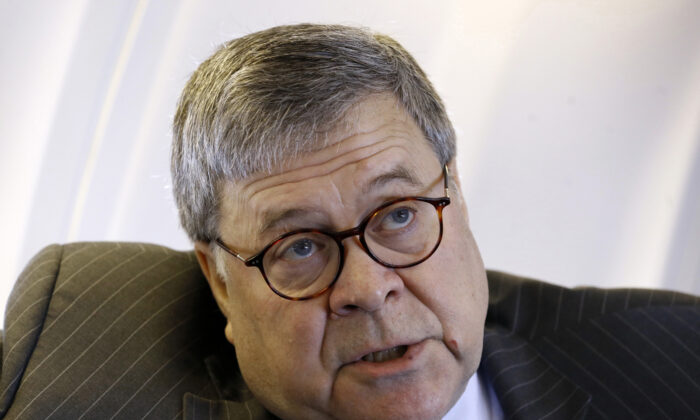 Attorney General William Barr suggested in an interview that Jeffrey Epstein’s death was a suicide amid speculation that he didn’t hang himself in a Manhattan jail cell over the summer.

Barr told The Associated Press that he had his own suspicions about the wealthy convicted sex offender’s death.

But he suggested that there a number of mistakes that occurred when Epstein is said to have killed himself in August.

“I can understand people who immediately, whose minds went to sort of the worst-case scenario because it was a perfect storm of screw-ups,” Barr told the news agency on Friday.

During the interview, Barr said he personally reviewed security footage that confirmed no one entered the area where Epstein was housed on the night he died.

The Department of Justice is investigating the circumstances surrounding his death, including why he wasn’t given a cellmate, Barr noted.

“I think it was important to have a roommate in there with him and we’re looking into why that wasn’t done, and I think every indication is that was a screw-up,” he told the news agency. “The systems to assure that was done were not followed.”

The New York City Medical Examiner’s Office ruled that his death was a suicide. A famed pathologist, Dr. Michael Baden, said last month that he independently investigated Epstein’s death on behalf of Epstein’s brother and noted that neck fractures were more consistent with homicide, not suicide.

The examiner’s office issued another statement about his death and said it stands by its suicide conclusion.

Immediately after Epstein’s death was reported, speculation arose about whether he was murdered, due to his connection with a number of politicians, celebrities, and business executives.

In July, Epstein was arrested and jailed without bond on new sex trafficking charges. Barr told AP that he will aggressively investigate charges against any individual who may have aided Epstein.

“They are definitely pushing things along,” Barr said. “I’ll just say there is good progress being made, and I’m hopeful in a relatively short time there will be tangible results.”

Earlier this week, two jail guards who were supposed to be keeping watch when Epstein died were arrested for falsifying official logs and other charges, but a lawyer one of them, Tova Noel, indicated that she would cooperate with investigators.

“In fact, Ms. Noel remains available to fully and truthfully cooperate with the Inspector General’s investigation, which is also geared toward uncovering the many problems that existed from the commencement of her employment [and] which continue to plague the Metropolitan Correctional Center,” Foy stated.

The guards ultimately found Epstein hanging inside his cell when they delivered breakfast at 6:30 a.m. on Aug. 10.