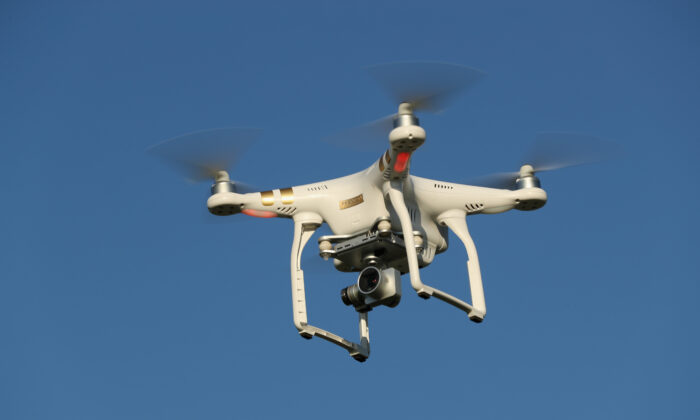 Barr Issues Guidance on Protecting US Facilities From Drone Threats

Attorney General William Barr sent out guidance to Justice Department (DOJ) agencies on the use of counter-drone technologies and measures to protect against threats posed by drones.

The counter-drone guidelines are addressed under a federal law passed in 2018, which gave the Department of Homeland Security and the DOJ powers to take appropriate actions to mitigate credible drone threats to designated facilities and assets.

Barr’s guidance provides a number of department agencies, including the FBI, the Bureau of Prisons, and the Drug Enforcement Administration, with processes in which they could request designation of facilities or assets for protection and the use of protective measures against drone threats, including tracking the drone without consent and destroying any threatening drones.

“It will ensure that we are positioned for the future to address this new threat, and that we approach our counter-drone efforts responsibly, with full respect for the Constitution, privacy, and the safety of the national airspace,” Barr said in a statement on April 13.

The guidance also includes protections for privacy, civil rights, and civil liberties, including limitations on the retention and use of any data collected during the course of counter-drone operations, Barr said, in a memo accompanying the guidance.

“[Actions] taken pursuant to the Act must be consistent with the First and Fourth Amendments, and the Guidance requires each component deploying counter-drone technologies to train personnel on privacy and civil liberties in the counter-drone context,” the memo (pdf) stated.

The guidance states that agencies are required to “consider and be sensitive at all times to the potential impact protective measures may have on legitimate activity by unmanned aircraft and unmanned aircraft systems, including systems operated by the press.”

It also stipulates that the agencies can, in certain circumstances, keep records of any communications intercepted to and from the drone for up to 180 days.

The guidance also requires any DOJ agencies to coordinate any counter-drone actions with the Federal Aviation Administration (FAA) in order to assess the impact of the action on national airspace such as aviation safety, and civilian aviation and aerospace operations.

The federal law—Preventing Emerging Threats Act—was introduced as a legal framework to protect the public from nefarious use of drone activities such as facilitating terrorist attacks, conducting espionage, or facilitating other criminal activities such as illicit surveillance and smuggling drugs or other harmful materials across our nation’s borders, the White House stated in 2018.

Almost 1.5 million drones and 160,000 remote pilots were registered as of December 2019, according to the FAA, making drones one of the fastest-growing segments in the transportation sector.