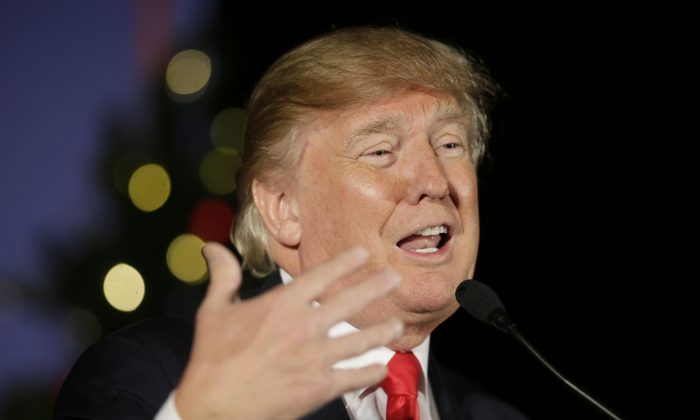 Putin also called Trump “a very bright person,” and noted that Trump is the “absolute leader in the presidential race.

Trump was asked about the praise during a recent interview with MSNBC, and he didn’t hesitate in praising Putin.

“I always felt fine about Putin,” Trump said. “I think that he’s a strong leader. He’s a powerful leader … He’s actually got a popularity within his country. They respect him as a leader.”

When the host tried to get Trump to criticize Putin, Trump responded positively. “He’s running his country, and at least he’s a leader,” Trump replied. “Unlike what we have in this country.”

It’s not the first time Trump has indicated his respect for Putin. He previously said he thinks he would “get along very well with” the Russian leader.

But current and former rivals slammed Trump’s comments. Mitt Romney, who ran as a Republican in the last election, took to Twitter to say: “Important distinction: thug Putin kills journalists and opponents; our presidents kill terrorists and enemy combatants.”

John Kasich, a longshot Republican candidate this time around, decided to release a mock press release claiming that Trump named Putin as his running mate, dubbing the pair a “dictatorial duo.”

“They’re jealous as hell because he’s not mentioning” them.

“If he (Putin) says something positive, that’s a good thing. That’s not a bad thing,” Trump said, suggesting the U.S. and Russia should work together more closely.

“They try and turn it around and it’s not to be turned around. This would be good, this would be a great start.”