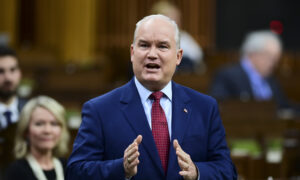 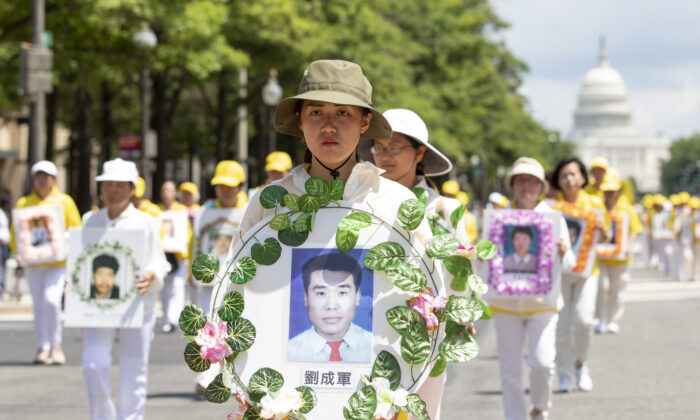 About two decades ago, Zhang Rongjuan, an adherent of the meditation practice Falun Gong, was sentenced to 20 years in prison for taking part in the interception of a local television network’s broadcast and instead showing a video exposing the Chinese regime’s persecution of the spiritual group.

Now, as the sentence is about to expire, prison guards have abruptly added two more years to her sentence.

Falun Gong, also known as Falun Dafa, is a meditation discipline with moral teachings centered on truthfulness, compassion, and tolerance. By the late 1990s, up to 100 million people in China were practicing Falun Gong, according to official estimates at the time.

With nearly one in every 13 Chinese people practicing, then-Chinese Communist Party leader Jiang Zemin considered the group’s enormous popularity a threat to the Party’s rule. On July 20, 1999, Jiang initiated a nationwide campaign to round up adherents and throw them into prisons, labor camps, and psychiatric wards in an effort to force them to renounce their faith.

Minghui.org, a U.S.-based website that tracks the persecution of Falun Gong in China, reported that in August 2002, in order to expose the Tiananmen self-immolation incident, Falun Gong practitioners Zhang Rongjuan, Duan Xiaoyan, He Wanji, and Li Chongfeng tapped into the local TV network in Minhe county, Qinghai Province. They interrupted the broadcast with a video explaining the Chinese regime’s staging of the event.

Prior to the broadcast incident, in October 2000, Zhang was placed into a labor camp for one year by the Zhenyuan county police bureau. In May 2001, she was severely beaten and suffered painful foot and leg injuries as a result, Minghui.org reported. She was beaten until she lost consciousness five times. She suffered serious head injuries, but was still forced to work, resulting in her fainting several times while working.

In August 2001, when Zhang was released from the labor camp, local authorities had closed the shop she ran, leaving her without a job, and soon, without a home. Her then-nine-year-old child had to live with their relatives. Zhang was displaced and ended up in Qinghai.

The TV broadcast lasted for half an hour. Local authorities were extremely alarmed and ordered police to find the people involved. At least 15 Falun Gong practitioners in the area were abducted as a result.

On Aug. 24, 2002, Zhang was abducted together with fellow practitioner Duan and taken to a detention center in Xining.

Local police then confiscated personal valuables such as computers, printers, and more than 10,000 yuan (about $1,500) in cash from their residences.

During court proceedings, Duan and Zhang demanded that their cash be returned, but they only got back about 100 yuan.

They were then transferred to a secret location where torture was carried out.

Zhang was later detained at the Qinghai Provincial Women’s Prison, where she also suffered torture. She became disabled and was unable to walk.

As Zhang’s sentence was about to expire, she was given an additional two years by prison guards because she refused to renounce her faith, Minghui.org reported.

Fellow practitioner He, who also participated in the TV tapping, was persecuted to death at the Qinghai Haomen Prison in May 2003.

After Duan’s seven-year sentence ended, she was again sentenced to 10 years in 2017. She was taken to the Gansu Women’s Prison. Prison guards encouraged inmate Ma Yaqin to beat Duan. The torment caused her to become mentally confused. In addition, the prison did not allow her family to visit her for nearly a year.

Falun Gong practitioners in several provinces and cities have used television tapping to tell the Chinese public about the regime’s persecution.

On March 5, 2002, eight television channels in northeastern Changchun city were intercepted. Then, on the evening of June 23, 2002, several channels of the state-run broadcaster CCTV that broadcast programs specifically for rural areas aired a program about the Falun Gong persecution.

In September 2007, the Asia Pacific Human Rights Foundation conferred the “Fidelity Vindicator Award” to Liu Chengjun, a Falun Gong practitioner who was persecuted to death by authorities for his involvement in the Changchun TV intercepting.

“During the 70 years of the CCP’s totalitarian rule, China has been a society in which real information has been severely blocked,” he said. “The TV tappings by Falun Gong practitioners actually bring the truth about Falun Gong to the Chinese people. They should be praised, not tortured and killed. In the face of injustice, people have to be allowed the right to speak,” he added.

Peng Yongfeng, a former lawyer in mainland China who is now in the United States, noted that the act of “tapping into TV cables” to tell the truth about the persecution is “a completely legitimate exercise of the right to freedom of expression.”