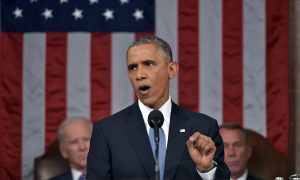 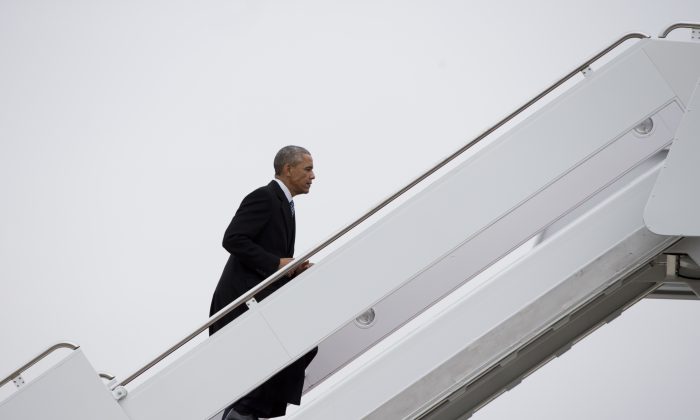 President Barack Obama boards Air Force One, Wednesday, Jan. 21, 2015, at Andrews Air Force Base, Md., en route to Boise State University where he will discuss the themes in his State of the Union address. (AP Photo/Carolyn Kaster)
Politics

After State of the Union, Obama Heads to Conservative States

BOISE, Idaho—President Barack Obama headed to conservative-leaning Idaho Wednesday to sell the economic proposals he outlined in his State of the Union address.

It’s the first visit Obama made to Idaho as president, though he did headline a rally in the state during his 2008 White House campaign. From Boise, Obama heads to Kansas, another state that typically backs Republicans.

Among the economic proposals that he outlined Tuesday was a tax increase on the wealthy to pay for programs for the middle class. Obama’s plans have been panned by the Republicans who now control Congress.

While in Idaho, Obama also plans to meet privately with Naghmeh Abedini , the wife of an American pastor held prisoner in Iran. Christian pastor Saeed Abedini has been in Iranian custody since September 2012 and was sentenced to eight years for what was termed undermining state security when he attempted to build a church network in private homes.

The 34-year-old man is of Iranian origin but had been living in Boise.

White House press secretary Josh Earnest told reporters traveling with Obama that the United States is concerned with the unjust detention of Abedini and other Americans being held in Iran. He said Secretary of State John Kerry raised the matter recently with his Iranian counterpart during a meeting in Europe, and it is a priority for Obama.