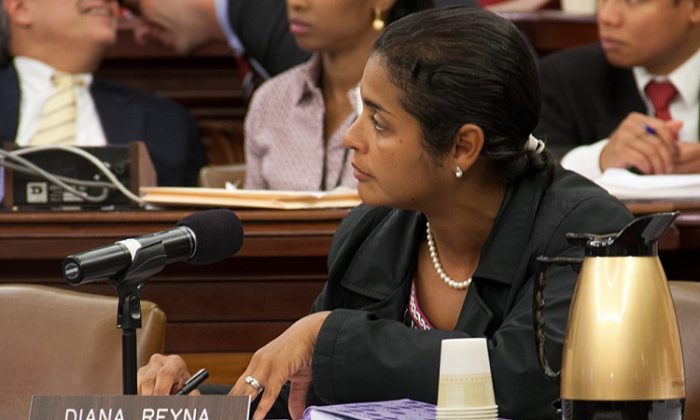 The chess team from IS 318, a middle school in Brooklyn, won the National High School Chess Championship in April. The after-school program is one of many that would be cut if the current version of the proposed fiscal year 2013 budget is passed. (Courtesy of Elizabeth Spiegel)
US

NEW YORK—Parents quitting jobs. Latch-key kids. Increased crime. These are some of the more severe potential effects of proposed cuts to after-school programs, according to City Council members and advocates.

Total funds in the proposed fiscal year 2013 budget for youth services have dropped from $329 million to $244.8 million. The biggest cuts would be to Out-of-School Time, or after-school programs. In 2009, $121 million from city, state, and federal sources paid for more than 75,000 slots; proposed funding for the upcoming budget has $73 million funding 27,000 slots.

City funding alone would decrease from $212 million to $150 million if the proposed budget were to pass.

“These cuts are downright foolish, and every penny that we save on after-school programs today is not only a lost educational opportunity, it’s a lost economic opportunity—and it’s probably a cost to the criminal justice system down the road,” said Councilman Lewis A. Fidler, at a Thursday hearing on the issue.

In a report issued on Thursday by advocacy group Campaign For Children, based on a survey filled out by parents, 36 percent of parents (1,274) who responded said they would quit their job to stay home with their child or children if the proposed budget cuts to after-school programs are passed.

The budget, first outlined by the mayor, must go through negotiations with the city council before getting passed by July 1. It must be balanced, with no debt.

Mayor Michael Bloomberg’s office declined to comment on the issue, deferring to the Department of Youth and Community Development, which had officials testify at the meeting.

“As you have reduced resources, you have to make tough decisions,” said Jeanne B. Mullgrav, commissioner of the department.

One after-school program, a chess program at a Brooklyn middle school, garnered attention in April after winning the National High School Chess Championship. They also previously won the National Junior High Chess Championship. After winning, the team from IS 318 met with the mayor and Department of Education chancellor Dennis Walcott. A few short weeks later, they were told their program would likely be cut.

“At the moment, we have no money at all for next year: nothing for after-school, Saturdays, or travel,” said Elizabeth Spiegel, team coach, via email. “I’m very sad that the program we have put so much work into building over the years is about to be gone, but it looks like it will be. “

The city also expects more than 131,000 applications to its Summer Youth Employment Program this year, but projects being able to accept only 30,000 applicants.

Having “tens of thousands of kids who have nothing to do will jeopardize public safety,” said Councilman Jumaane D. Williams.

“In each [police] precinct that I went to, the commanding officer sitting there knew exactly what it would mean to have two-thirds of the after-school programs in the city of New York close,” said Councilman Fidler.

Council members told Mullgrav that she should go back to the mayor and demand more funding. Councilman Ydanis Rodriguez even said he would not pass the budget if the youth service cuts weren’t removed.

George Sweeting, deputy director of the Independent Budget Office, said during a phone interview that council members often threaten to not pass the budget. The only action they can take—other than finding cuts in other places or raising the property tax—is to prepare their own council budget and pass that instead of the mayor’s budget.

The last time that happened, in 1998, then-mayor Rudolph Giuliani “basically didn’t spend the money on the programs that the council wanted to fund, anyway,” said Sweeting. City agencies report to the mayor, so the mayor’s office could tell them not to go out and assign contracts. After that happened in 1998, and the issue was sent to court, Giuliani and the City Council reached their own agreement.

“It’s never been really resolved how the council could force the mayor to spend money,” said Sweeting. “They avoided having a final court decision.”