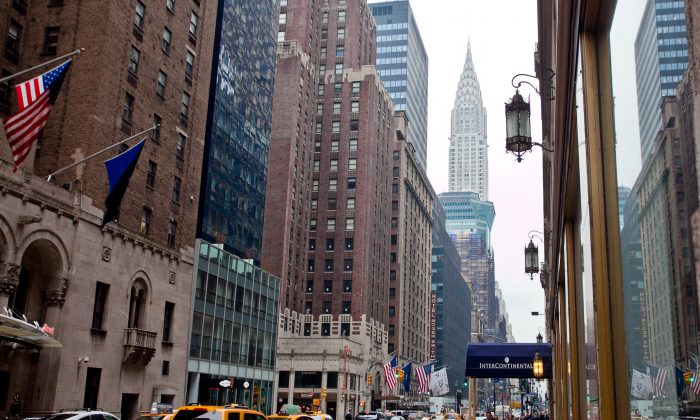 The city did not back down on the main points of the plan. As it stands, the rezoning would still give developers the right to alter the neighborhood profile, with skyscrapers nestled mostly next to Grand Central Terminal. Developers would still be able to buy extra air rights from the city to build even taller skyscrapers. The price for the air rights, despite vocal opposition, is still $250 per square foot.

Historically the public has had little power to stop rezoning. Community boards may reject proposals, but the public review process does not stop unless City Council votes against a proposal.

Even then, the mayor has the power to veto, which can only be overridden by a two-thirds vote from the City Council. During the Bloomberg era, 122 rezoning proposals came before the council. It rejected none.

Despite the relative powerlessness of the community to stop rezoning proposals, the city made a number of concessions in the course of the public review process, underlining its participatory nature. Speaking before a packed City Council chamber, Amanda Burden, director of the New York City Department of City Planning (DCP), outlined “significant refinements” to the rezoning proposal.

The city said it made several refinements to its plan, although some are likely concessions.

During its conversations with community boards several months ago, the planning department would not back down on restricting landmark buildings, like the St. Patrick’s Cathedral, from selling its unused air rights. Now that the plan has reached council, the city dropped the restriction.

Similarly, in the early stages, the city seemed to ignore community requests to incorporate a mix of spaces—commercial, residential, and hotel—into the new towers. Officials turned this point of contention into a talking point Tuesday, discussing how 20 percent of the new buildings would have to be set apart for hotel and residential use.

On other points, the community input clearly refined the proposals. The planning department agreed to include stricter sustainability requirements for any new development in the district. A team of planners also met with community members to create an area-wide plan for pedestrian improvements, a 47-page vision of a greener and more livable Midtown East.

“Our proposal has undoubtedly been improved by stakeholder input over the last two and a half years,” said Deputy Mayor for Economic Development Robert Steel. “We have made a number of key adjustments in response to feedback and suggestions since the public review process began in April.”

Bloomberg proposed rezoning Midtown East to make New York City more competitive with London and other global business centers. The office building stock in the area is aging, with 300 out of 400 buildings being over half-a-century old. The older buildings lack modern amenities such as column-free spaces and floor-to-ceiling windows, which are sought after by top-tier companies.

To update the building stock in the area would be impossible without a rezoning, since most of the buildings are already built to maximum height, and with some exceeding the limit. Property owners thus have no impetus to demolish old structures, since rebuilding would not be worth the investment without any additional floors.

“At the heart of the problem is existing zoning,” said Edith Hsu-Chen, director of the Manhattan office of the DCP.

A key provision of the rezoning is that some developers can buy air rights from the city to build skyscrapers that are taller than the overall zoning. The money from the sale of the air rights would go into a District Improvement Fund (DIF), which can only be used for transportation and streetscape improvements.

The improvements are already needed: parts of Grand Central Terminal and the subway stations nearby are overcrowded during rush hour. In addition, Midtown East is replete with narrow sidewalks and lacks public space.

Money from the DIF would be used to resolve these issues, but opponents argue that the changes would not be completed by the time the new developments add additional pressure to the neighborhood. The city tackled the problem with a plan to borrow money for immediate improvements based on projected revenue to the DIF.

20 percent of the new buildings would have to be set apart for hotel and residential use.

Stricter sustainability requirements for any new development in the district

Sale of air rights goes to a District Improvement Fund (DIF), for transportation and streetscape improvement