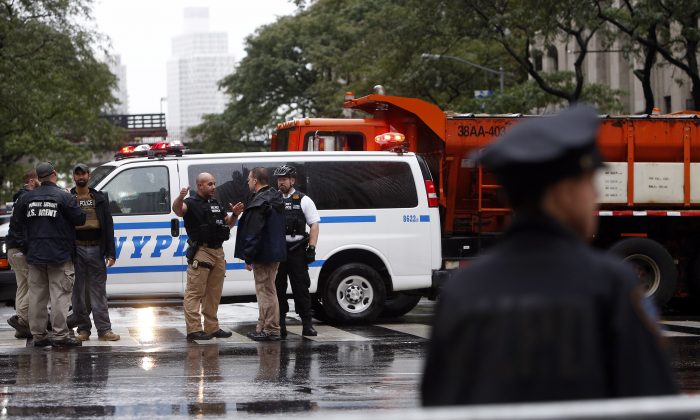 While a suspect in the Sept. 17 bombing in Chelsea, New York City, has already been charged, the attack has added to security concerns over the United Nations General Assembly taking place in the city on Sept. 19-26.

As heads of states from around the world gather for the summit, the New York City Police Department is charged with keeping the city safe.

“We will have a very strong and visible NYPD presence,” Mayor Bill de Blasio said during Sept. 19 press conference. “You will see heavily trained officers and well armed officers.”

He specifically mentioned the NYPD counter-terrorism unit, the Critical Response Command, as well as the Strategic Response Group, the unit tasked with security for major events.

Officers will walk through subways, check bags of passers by, and sweep areas with bomb sniffing dogs, de Blasio said.

As usual, the area around the United Nations, at 1st Avenue and 42nd Street, is surrounded by street closures that started on Sept. 18 and will continue until Sept. 23.

The following streets are closed to traffic starting at about 5:00 a.m.:
• 42nd Street from the FDR Drive to 2nd Avenue
• 42nd Street Exit and Entrance Ramps of the FDR Drive
These areas will reopen each evening after the day’s session.