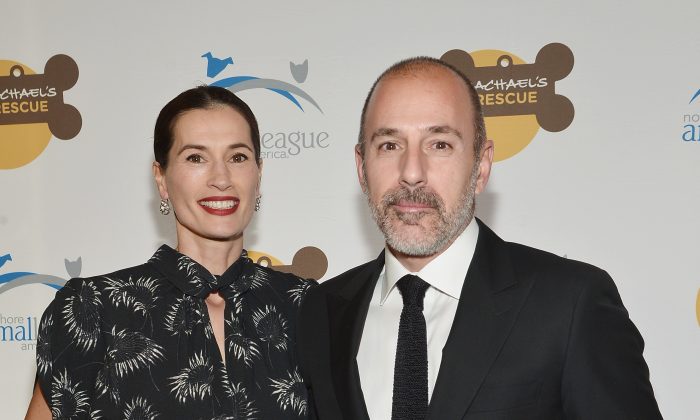 The wife of Matt Lauer, former NBC host accused of sexual misconduct, has left the couple’s New York home going back to her home country of the Netherlands, a source told PageSix.

Sources said Annette Roque was last seen at the Hampton home on Nov. 29, the day NBC fired Lauer, 59, from his post of 20 years as a co-host of “The Today Show.”

“Annette has taken their two younger kids out of school and is believed to have left the U.S. and gone to her family in her native country,” a Hampton source said.

She met her husband in 1997 on a blind date and married him less than a year later.

It is not clear whether Roque left with or without her children.

Lauer was fired after a slew of gross sexual misconduct allegations first exposed in a Nov. 29 Variety report.

A telling detail, Lauer had a button installed on his desk that could lock the doors to his office, multiple sources said.

Lauer was the latest in a line of celebrities of the movie and television industry disgraced by sexual misconduct allegations, including Harvey Weinstein and Kevin Spacey.