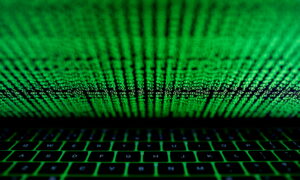 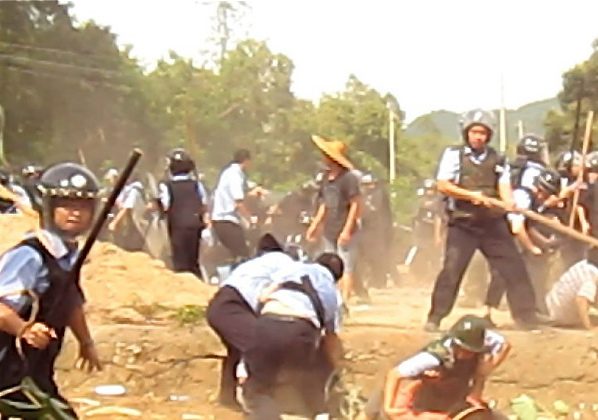 After Massacre Terror Continues in Shanwei

Residents of Shanwei City’s Dongzhou Town in Guangdong Province, China, report that on December 6, authorities sent armed policemen to suppress their appeals. By the 8th, 33 residents had been killed and several dozen missing. The unprovoked slaughter of unarmed civilians reminds observers of the Chinese Communist Party’s (CCP) 1989 massacre of students in Tiananmen Square. The villagers’ appeal was for proper compensation that had not been forthcoming after corrupt officials had expropriated farmers’ land for a power plant.

A villager, contacted on December 8, described the situation: “Yesterday, we were busy dealing with the problems caused by the incident. We counted the number of dead and injured and sent six corpses to Dongzhou Hospital. A severely injured villager died and there are still 30 to 40 people unaccounted for. No one knows whether they are dead or hiding. We heard that there are still corpses in the mountains yet we are forbidden to enter the area. The town’s main representatives are in danger. As of now, the authorities do not simply arrest and then sentence people, but shoot them at will. A villager was shot dead in public yesterday afternoon.”

One villager reported that 33 residents had been shot dead and more than 20 were still missing, most of whom were in their twenties. One of the missing was a young man who worked in another province, but had returned to Dongzhou Town to get married. When he went to the power plant to see what had happened on December 6, he was shot dead at the scene.

A villager said that the authorities attempted to destroy the corpses. After the massacre on the night of December 6, the authorities cremated some of the bodies and sent others to the seashore for disposal. Some residents wanted to take back the corpses but were prevented from doing so. The armed police and riot teams cleared the scene in front of the power plant where they had fired on the villagers.

There are still thousands of armed police and public security men guarding the entrance to the town. The authorities also sent a tank, which aimed its cannon at the town. People said that after the authorities fired at the villagers on the 6th, armed police still continued to arrest unarmed residents. A young man, sobbing at the other end of a telephone, worried that he would be killed. He wanted to escape from Dongzhou Town, but the police were guarding the entrance, checking people’s IDs and allowing no one to leave. He said that one of his neighbors, who lived in Hong Kong, was also forced to remain in the town, though he had merely returned to his hometown to attend a relative’s wedding.

On the same day of the incident, the police went to Dongzhou and arrested three representatives of the town, claiming it was a narcotics-related investigation. The order to arrest the three representatives charged them with “taking drugs.” When an Epoch Times reporter interviewed the villagers by phone about 5 p.m. on December 8, a female villager was heard crying in panic, “Here they come again! There are four armed police arresting residents!” Soon after, the phone went dead.

The television news reports from Shanwei City stated that the villagers opened fire first. One villager said angrily, “How can common people have guns? The government owns all the guns!”

When questioned by Agence France Presse (AFP), officials and police of Shanwei City said that they knew nothing of such an event and refused to make further comments.

On the afternoon of December 8, reporters asked about the incident in Shanwei during the Ministry of Foreign Affairs’ routine press conference. A spokesperson, Qin Gang, said that he did not have all the details about the situation. When reporters asked him under what circumstances were armed Chinese police allowed to fire at Chinese citizens, Qin replied, “Whatever happens, China rules the country according to the law.”

The telephone interviews of overseas reporters were often cut off right in the middle. Radio Free Asia (RFA) reported that the cell phones and telephones belonging to the town’s representatives who had informed RFA of the situation had all been cut off.

Some villagers said that they could not believe a government would be so cruel as to fire on unarmed villagers. These villagers felt helpless. A 70-year-old farmer said that he had never seen such a terrible thing in his lifetime. “When the Chinese Communist Party kills people, it is even scarier than when the Japanese army attacked the town or than bandits and gangsters.” He continued, saying, “The villagers of Dongzhou are honest people who can endure hardship. How could the CCP fire on such decent citizens?!”

The Background Leading to the Incident

All this stems from a dispute in Donzhou Town, Shanwei City, over land compensation. The municipal authorities, in order to build a power plant, appropriated a large section of the farmers’ land and also forbid villagers from catching or raising fish in a nearby lake. Some villagers said that they were not opposed to the new power plant, but that their compensation money from the central government had been taken by corrupt officials, so they did not receive just compensation for the land.

The farmers appealed to the authorities this past May, asking them to solve the compensation problem, but no one from the government took care of it. As a result, the villagers began on September 21 to block the road on which the power plant’s transportation vehicles made their way to the plant.

On December 5, authorities in Shanwei, Guangdong Province, sent about 100 riot police to the power plant. When some representatives from Donzhou Town went to see the situation, they were immediately arrested. More than 3000 Donghzhou residents went to the plant to ask the police to release these representatives, but the police fired tear gas at them. Then, the police shot and killed some of the villagers.