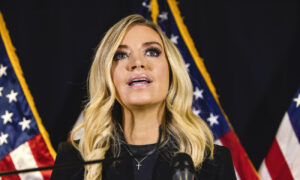 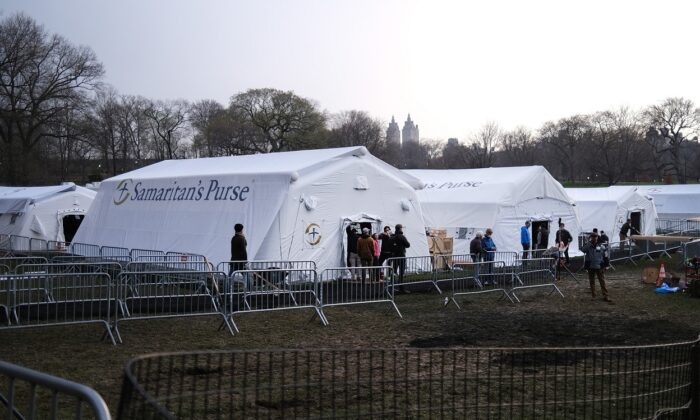 A letter that threatened litigation has prompted the superintendent of a small Kansas public school district to stop a local middle school’s students and administrators from filling shoeboxes with Christmas gifts for underserved children overseas.

The letter said FFRF had received a complaint from an employee of the school system and the foundation was thus demanding that Helfrich take “immediate action to cease promoting and endorsing Christianity.”

The FFRF is a tax-exempt group that regularly files legal challenges in local, state, and federal courts to activities that violate its understanding of the separation of church and state.

The foundation proudly displays a staff photo on its website that includes a sign proclaiming “FFRF–‘Proudly Professional pains in the ass since 1978.’”

Helfrich told The Epoch Times on Nov. 18 that “from that review, it was apparent that we would be putting our taxpayers in a bad position if we didn’t make a change for this year … We made the determination that we had overstepped on this one. We didn’t keep it as a student-driven-only project.”

“Once our administrators announced the program and teachers were setting up the collection stations and making the announcements, we were materially involved. If we had pushed those responsibilities to our students, then we would’ve been in the clear.”

The offending program in which Liberty Middle School students and adults were participating is Samaritan’s Purse‘s Operation Christmas Child, which has been in operation for more than two decades.

Thousands of Samaritan’s Purse volunteers in churches, schools, and communities around the country fill shoeboxes each December with practical gifts and toys that the charitable group founded by Franklin Graham then ships to underserved children in 160 countries around the world. For many, the gift boxes are the only Christmas gifts they have ever received.

But the problem, according to FFRF Attorney Chris Line, is that the gift boxes also contain materials promoting Christianity and encouraging the recipients to accept the faith.

“Samaritan’s Purse is a pervasively sectarian religious organization, and its goal is not charity, but conversion. It is explicit in this goal: ‘Every gift-filled shoebox is a powerful tool for evangelism and discipleship—transforming the lives of children and their families around the world through the Good News of Jesus Christ,’” Line told The Epoch Times, citing Samaritan’s Purse.

“Organizing a donation drive that for all intents and purposes employs school staff and resources to convert people to Christianity violates the Establishment Clause of the First Amendment,” Line said.

“Certainly, there are secular nonprofit organizations that offer charitable opportunities, and we hope that the [Pratt School District] will take advantage of those opportunities to give back during this holiday season,” he added.

But First Liberty special counsel Jeremy Dys told The Epoch Times on Nov. 18 that FFRF’s objection represents nothing more than a hostility to religion itself that the First Amendment doesn’t recognize.

“FFRF objects to the efforts of Operation Christmas Child for no other reason than that Samaritan’s Purse has a religious mission,” Dys said. “Government officials roaming the hallways of our public schools and scrubbing away any reference to the religion of popular charities would strike many Americans as aggressive hostility to religion.”

Dys also observed that “public school students participating with religious organizations in acts of charity at Christmas time is such a longstanding tradition in the United States that it has likely given rise to a presumption of constitutionality.”

Dys said he and his colleagues at the Plano, Texas-based law firm that specializes in defending religious freedom, hope Pratt officials and residents “reject these efforts to obliterate such religious associations and doubles their participation in Operation Christmas Child this year to make up for any shortfall caused by secular Scrooges.”

Helfrich emphasized to The Epoch Times that, as superintendent, he seeks “to protect our taxpayers, so we must be careful in this area, but we have a good working relationship with many of our local faith-based organizations and we want to also protect our ability to continue those good works and relationships.”

He also said that he discussed the Operation Christmas Child situation with the local chapter of the Fellowship of Christian Athletes, and “let them know that they could make the project go in 2021, as long as it is purely student-driven. They were appreciative to hear that and were going to finish up this year outside of school. I’m proud of our kids and our community.”