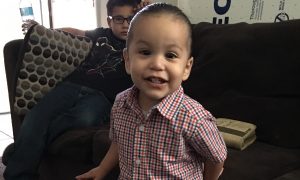 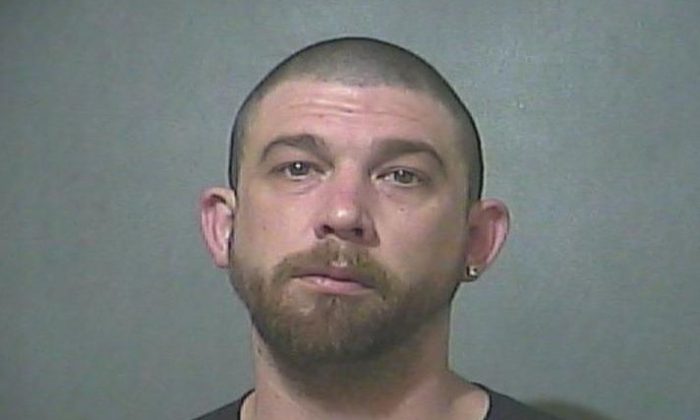 Two people were arrested in Indiana after a toddler’s tongue was found split in two.

The Terre Haute Police Department launched an investigation after finding a 14-month-old boy at Union Hospital with a split tongue, swollen scrotum, and severe bruises all over his body. The tip of the boy’s tongue was also missing.

When a police officer asked Holly Cota, the child’s mother, about the injuries, she claimed the boy fell out of his crib multiple times and thought that the split tongue came after he bit his tongue.

As for the swollen scrotum, she said that her son “must have straddled the toy box when he fell, accusing damage to his scrotum,” according to the probable cause affidavit, which was obtained by WTHI.

The child was rushed to the Riley Hospital for Children in Indianapolis. A doctor there told officers that the split tongue was not caused by the boy’s teeth because the teeth don’t run in that direction.

“She [the doctor] said that the cut appeared clean and was not torn which indicated that some type of tool, possibly scissors, were used,” the affidavit stated. “She also said that a piece at the tip of the tongue was missing.”

The other injuries, the doctor said, indicated trauma and not accidental falls.

Cota later told officers that her boyfriend, Scott Edwards, was watching the boy when he was injured, reported the Tribune-Star. She said she was afraid to take the child for medical treatment but eventually did.

Cota was arrested on obstruction of justice charges while Edwards was arrested and charged with aggravated battery, battery, and neglect of a dependent.

A family friend said that she was appalled by news of the child abuse.

“I am appalled. I am disgusted. My heart hurts,”  Chelsie Loose, a friend of the family for 20 years, told WTHI.

“When that’s all you can think about is that poor baby going through that with nobody for him to be his voice and say stop … you’re hurting me. It just breaks my heart,” she said.

She added, “I mean really, Cameron is lucky to be alive I think. From the description [that] I heard of his injuries at his age … lucky.”

14-month-old Cameron was taken to the hospital with his tongue split by what doctors suspect was scissors. Two people were charged in connection to that investigation. Today, News 10’s Jada Huddlestun spoke with a long time family friend. https://t.co/QeS6fX6IrM