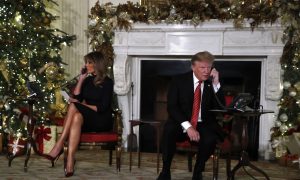 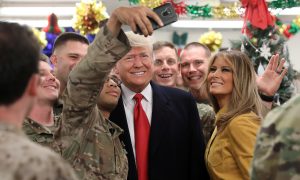 President Trump, First Lady Visit With US Troops in Iraq on Christmas
0 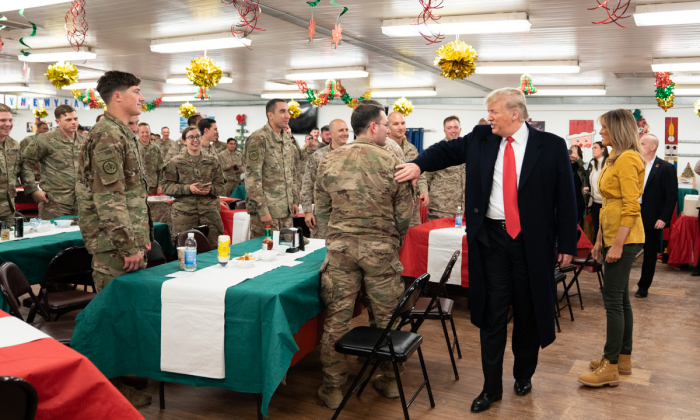 With hours left before midnight on Christmas Day, NBC News pulled the trigger on a story suggesting, falsely and without evidence, that President Donald Trump had broken with years of tradition by not visiting with U.S. troops at Christmas.

Hours later, the president was aboard Air Force One en route to Iraq. He landed the next day at the Al Asad Airbase, where military personnel greeted him at a hall decorated for Christmas.

Although the president’s unannounced visit relegated the story to the “fake news” category, NBC continues to stand by its report, relying on the vocabulary definition of “Christmastime.”

Meanwhile, instead of covering the heartwarming occasion of the commander-in-chief’s Christmas visit to a war zone, CNN ran an entire report suggesting that soldiers may have broken a military rule by bringing “Make America Great Again” hats for Trump to sign during the visit.

“CNN will attack anyone who supports President Trump, including the brave men and women of our military who fight every day to protect our freedom,” White House press secretary Sarah Sanders wrote on Twitter on Dec. 27 referencing the CNN report.

Not to be outdone, Newsweek reported that the White House allegedly revealed the deployment of a Navy SEAL team in Iraq by including footage of the president and First Lady Melania Trump posing with the team in a video posted on Twitter.

Neither the CNN nor the Newsweek reports offer solid evidence for the claims, relying instead on pundits and unidentified sources.

Fake, or more commonly, negative reports continue to be a mainstay of network news coverage of Trump. Network news-coverage studies by the Media Research Center consistently show that about 90 percent of the reports on the president are negative.

The Christmastime visits are a recent tradition. President Barack Obama visited troops in Hawaii every year for eight years as part of his vacation, according to NBC. The vacations cost taxpayers an estimated $35 million, according to the Washington Times.