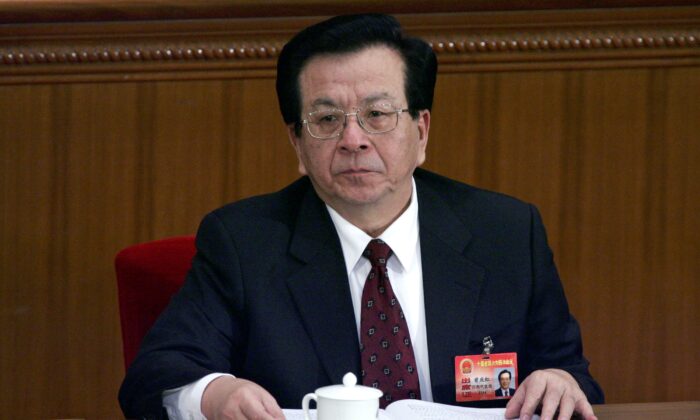 The company has one month to correct the default, which means it must repay the debt before Nov. 4, otherwise, all its overseas USD bonds will become due immediately.

After failing to repay the principal of $206 million on its senior notes due Oct. 4, 2021, Fantasia Holdings confirmed on Oct. 11 that it has established an Internal Debt Restructuring Team, and has appointed financial and legal advisors to evaluate the capital structure and figure out a solution. The company also revealed that it would sell some of its assets for the repayment of short-term debts.

The founder of Fantasia is Zeng Baobao, the niece of former Chinese vice president Zeng Qinghong.

A week after the default, Fantasia issued two public notices on Oct. 11.

The second notice, titled “Solvency and Follow-up Arrangements,” claimed that in response to short-term liquidity issues, Fantasia Holdings’ board of directors and executives evaluated the company’s financial and operating conditions, and an emergency response team has been set up to formulate a plan to resolve the risks.

The notice also mentioned that Fantasia Holdings has appointed Hualian as its financial advisor. Coincidently, Hualian was one of the two financial advisors hired by Evergrande in September for its debt restructuring.

Chinese media reported that Fantasia currently has 11 U.S. dollar bonds worth $3.1 billion, of which $1.35 billion will mature within one year. There will be greater pressure on redemption of short-term bonds. In addition, the financing cost of its U.S. dollar bonds is relatively high. Seven of the remaining bonds have interests exceeding 10 percent, and the highest rate is as high as 15 percent.

After Fantasia defaulted on its overseas bond, Chinese news portal NetEase quoted an analysis article saying that Fantasia’s $206 million debt obviously is not among the worst default in terms of its scale, but from the perspective of the nature of the default and its social impact, this medium-sized company will hit investors’ confidence no less than the impact from Evergrande.

Zeng Baobao is a high-level Red Princeling as her uncle Zeng Qinghong is a close follower of former Chinese leader Jiang Zemin and second-in-command in the CCP’s “Jiang Zemin faction.” However, Chinese state media did not attempt to whitewash the incident as usual.

For instance, People’s Daily wrote in an Oct. 11 article, “Recently, rumors about the predicament of Fantasia had begun to spiral, yet Fantasia behaved so confidently when refuting the rumors. On Sept. 20, it issued a clarification announcement stating that ‘the company’s operation in good condition, with sufficient operating funds, and there is no liquidity problem.’”

According to China affairs commentator Li Yanming, it is an open secret that China’s real estate firms are mostly the middleman that help political elites to engage in profitable businesses. That is, they often collude with banks to kick start a lucrative business with almost zero investment from those political figures. Evergrande’s chairman Xu Jiayin also has a close tie with Jiang’s faction, and together they confronted Xi multiple times in the financial sector, Li said.

Li told The Epoch Times that Xi Jinping has stepped up his campaign to discipline the banking and real estate systems. After Xi cut off the bank’s capital chain, Evergrande and Fantasia ran into debt crises successively. Meanwhile, the Chinese Communist Party’s (CCP) state-run media named Zeng Baobao and Fantasia in a high-profile manner, indicating that Xi is no longer hiding his agenda to target the Zeng Qinghong family.

“Before the 20th National Congress of the CCP, the top-level infighting has become fierce. Xi Jinping strictly guarded against the various coup attempts from the Jiang-Zeng Group, and the fields of politics, law, finance, entertainment, and propaganda have become the major targets of Xi’s political purge,” Li said. He said that some monumental events may happen in China at any time before the CCP’s 20th National Congress.