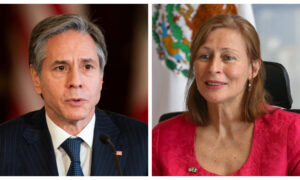 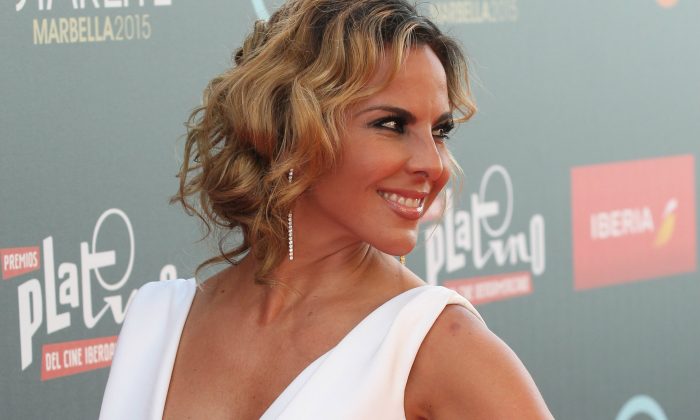 Del Castillo arranged the meeting last year in Sinaloa, Mexico, between El Chapo and Penn for his Rolling Stone article. In an interview with Univision’s Jorge Ramos, del Castillo said she doesn’t regret visiting the drug kingpin, and that she would do it again.

The Mexican actress, a naturalized American citizen, said the reason she met with El Chapo was to get exclusive rights to his life story—but was quick to stress that it doesn’t mean she condones his actions.

The attorney general’s office in Mexico is currently investigating the actress over alleged money laundering, tying El Chapo to her business, Tequila Honor. Del Castillo has denied the allegations. She also maintains that she has not done anything illegal.

Del Castillo, who lives in Los Angeles, said she’s terrified about going back to Mexico because of the investigation and says she fears the Mexican government.

The actress said she’s sure Mexican authorities are surveilling her phone conversations and text messages when she communicates with her loved ones and lawyers back in her native country.

“You hear it when you go in. In everything, I know that I’m totally wiretapped,” del Castillo said.

“I think (the tapping) is by the Mexican government, I’m almost positive, but I don’t know it for a fact. But I know it with all my heart because I hear noises that I didn’t hear before,” she told Univision.

The actress said there were times her calls were cut off after three minutes when she talked to her parents and attorneys.

Del Castillo has starred in various soap operas, played roles in Hollywood movies, and gained recognition with the series “Queen of the South,” in which she played drug trafficker Teresa Mendoza. She is now working on Netflix series “Ingobernable,” in which she plays a Mexican first lady.