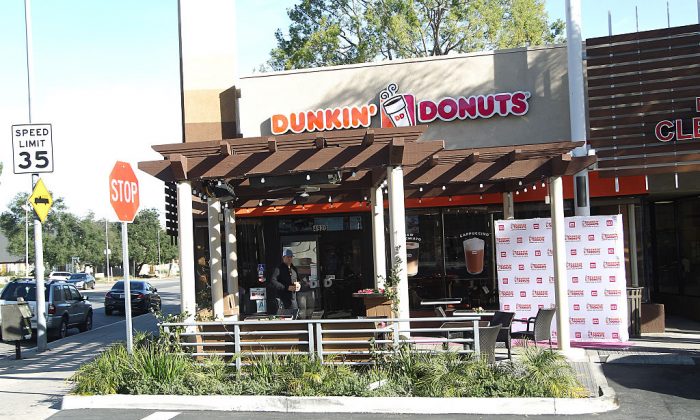 After Dunkin’ Donuts Fails to Apologize, Police Ramp Up Boycott

New York City cops are ramping up their boycott of Dunkin’ Donuts after the national chain failed to apologize for a clerk’s refusal to serve two police officers in Brooklyn last week.

The New York Post spotted a police sergeant on Sunday, Aug. 6, walking into the 73rd precinct with trays filled with corner-store coffee, instead of the beloved branded brew.

When the Post asked a patrolling cop the directions to a Dunkin’ Donuts, he replied, “I’m not allowed to do that.”

“Today I did not see [them],” store worker Setu Mallick said. “There are usually maybe four or five.”

While the manager at the Brooklyn Dunkin’ Donuts branch where the incident occurred had apologized, the Dunkin’ Brands corporate office issued a statement saying that the officers were confused by the store’s layout and ordered at a closed register.

The unions called the chain’s explanation “an insult.”

The tensions between the chain and the city’s police began to brew last week when two officers walked into a Dunkin’ Donuts at 1993 Atlantic Ave. and got in line to order ice cream. When their turn came, the clerk skipped over the cops and moved on to the next customer.

When the customer pointed out that the officers were ahead of him, the clerk replied, “Yeah, I know, but I don’t serve cops.”

Detectives’ Endowment Association President Michael Palladino said the clerk’s blatant discrimination was “disgraceful and it should not go unattended.”

“I assume it is an isolated incident. Nevertheless, Dunkin’ Donuts corporate should issue an apology to the NYPD and until that happens, I have asked detectives and their families to refrain from patronizing the stores,” he said.

Palladino also blamed local politicians for inspiring such incidents by casting police in a negative light.

“Political leaders in this city have encouraged this type of behavior by constantly demonizing cops and pushing their decriminalization agenda,” he said.

Rank and file police officers are openly upset with city Mayor Bill de Blasio, and have repeatedly turned their backs on him at public events.

“It’s time for the same politicians to step up, take some responsibility and condemn what occurred,” Palladino added.