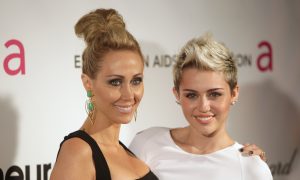 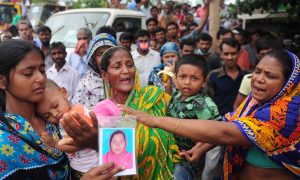 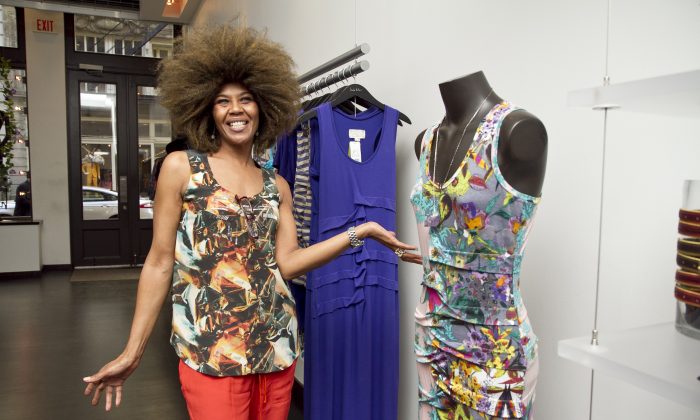 A shop attendant at the Nicole Miller store in SoHo shows off the designer's creations on the rack and on herself. Sixty percent of Nicole Miller clothes are made in New York City. (Samira Bouaou/The Epoch Times)
New York

After Bangladesh, an Uptick in Ethical Fashion Awareness

NEW YORK—Last week’s building collapse in Bangladesh that killed hundreds of clothing factory workers put a spotlight on the risky work that many factory employees in poor countries do.

The disaster, which followed after a fire in another Bangladesh factory killed 112 people last November, also highlights something just as troubling for socially conscious shoppers: It’s nearly impossible to make sure the clothes you buy come from factories with safe working conditions.

Very few companies sell clothing that’s so-called ethically made, or marketed as being made in factories that maintain safe working conditions. In fact, ethically made clothes make up a tiny fraction of 1 percent of the overall $1 trillion global fashion industry. And with a few exceptions, such as the 250-store clothing chain American Apparel Inc., most aren’t national brands.

At least in New York City there are dozens of stores that sell ethically made clothing by independent designers, and many of these stores also sell to major department stores.

The advantage of these shops and designers, which are centered in areas like SoHo, Williamsburg, DUMBO, and throughout the fashion district in Midtown Manhattan, is that many of them make their products on a smaller scale and do a large amount of manufacturing in the United States.

Nicole Miller is a prime example. The New York-based company with a designer by the same name at the helm sells to major department stores such as Saks Fifth Avenue and Nordstrom. Nicole Miller partners with Indego Africa in Rwanda to make fair trade clothing and jewelry.

They also produce the majority of their clothes (60 percent) in New York City. The rest are made in China, India, and Turkey where the company sends a representative on visits to monitor the factories.

It’s extremely difficult to figure out if your clothes are made in safe factories if you’re buying from retailers that don’t specifically market their clothes as ethically made. That’s because major chains typically use a complex web of suppliers in countries such as Bangladesh, which often contract business to other factories. Under those conditions, retailers don’t always know the origin of clothes made overseas.

And even a “Made in USA” label only provides a small amount of assurance for a socially conscious shopper. For instance, maybe the tailors who assembled the skirt may have had good working conditions. But the fabric might have been woven overseas by people who do not work in a safe environment.

“For the consumer, it’s virtually impossible to know whether the product was manufactured in safe conditions,” says Craig Johnson, president of Customer Growth Partners, a retail consultancy. “For U.S.-made labels, you have good assurance, but the farther you get away from the U.S., the less confidence you have.”

American Apparel, which employs over 6,000 skilled industrial workers in Southern California, is one company that goes to great lengths to explain the lifespan of their U.S.-made clothing. The company, which has several locations throughout New York City, uses fair-trade practices and an ethically minded approach to providing workers with access to affordable health care and benefits.

Though the store does sell some products that are not made in the United States, particularly accessories, some of their American-made items come with a back story attached to the label, spelled out for the consumer.

“The construction of this garment involved 23 sewers at the American Apparel Jean Factory in Downtown LA” says one version of their tags.

To be sure, most global retailers have standards for workplace safety in the factories that make their clothes, and companies typically require that contractors and subcontractors follow these guidelines, but policing factories around the world is a costly, time-consuming process that’s difficult to manage.

In fact, there were five factories alone in the building that collapsed in Bangladesh last week. They produced clothing for big name retailers including British retailer Primark, Children’s Place and Canadian company Loblaw Inc., which markets the Joe Fresh clothing line.

“I have seen factories in (Bangladesh and other countries), and I know how difficult it is to monitor the factories to see they are safe,” says Walter Loeb, a New York-based retail consultant.

And some experts say that retailers have little incentive to be more proactive and do more because the public isn’t pushing them to do so.

America’s Research Group, which interviews 10,000 to 15,000 consumers a week mostly on behalf of retailers, says that even in the aftermath of two deadly tragedies in Bangladesh, shoppers seem more concerned with fit and price than whether their clothes were made in factories where workers are safe and make reasonable wages.

C. Britt Beemer, chairman of the firm, says when he polls shoppers about their biggest concerns, they rarely mention “where something is made” or “abuses” in the factories in other countries.

“We have seen no consumer reaction to any charges about harmful working conditions,” he says.

In light of the recent disasters, though, some experts and retailers say things are slowly changing. They say more shoppers are starting to pay attention to labels and where their clothes are made.

Swati Argade, a clothing designer who promotes her Bhoomki boutique in Brooklyn of New York City as “ethically fashioned,” says people have been more conscious about where their clothes come from.

The store, which means “of the earth” in Hindi, sells everything from $18 organic cotton underwear to $1,000 coats that are primarily made in factories that are owned by their workers in India or Peru or that are designed by local designers in New York City.

“After the November fire in Bangladesh, many customers says it made them more aware of the things they buy, and who makes them,” Argade says.

Jennifer Galatioto, a 31-year-old fashion photographer from Brooklyn, is among the shoppers who have become thoughtful about where their clothes are made. Galatioto has been making trips to local shops in Williamsburg. She has also ventured to local shopping markets that feature handmade clothing.

“I am trying to learn the story behind the clothing and the people who are making it,” she says.