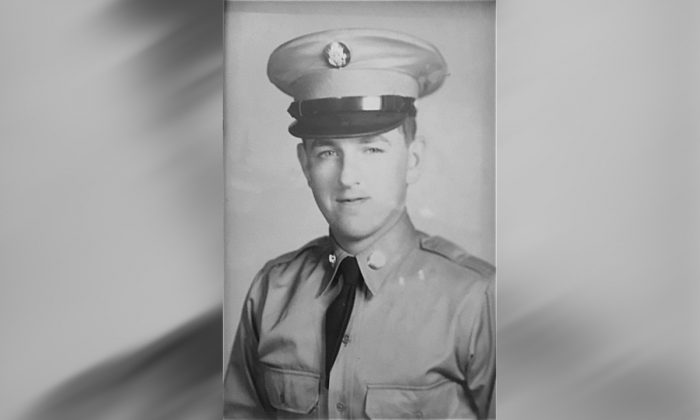 A 19-year-old soldier who went missing during the Korean War in November 1950 has been identified and his remains are coming home to Pennsylvania after almost 70 years.

Army Cpl. Earl H. Markle was killed during the Korean War and his remains could not be recovered following the attack. He was not identified as a prisoner of war, according to a release by the Defense POW/MIA Accounting Agency.

Markle’s personal profile on the defense website says the enemy attacked his company when it was serving as a security unit with the 3rd Battalion near Unsan, north of Pyongyang, North Korea.

The company was forced to withdraw from the area and Markle went missing during the withdrawal.

Three years after the war, the U.S. Army declared him dead as of Dec. 31, 1953. But after DNA analysis, his remains were finally accounted for on May 17 this year.

“On July 27, 2018, following the summit between President Trump and North Korean Chairman Kim in June 2018, North Korea turned over 55 boxes, purported to contain the remains of American service members killed during the Korean War,” said the Defense POW/MIA Accounting Agency.

Markle’s remains were in one of those boxes and they arrived at the Joint Base Pearl Harbor-Hickam, Hawaii on Aug. 1, 2018, and were identified at the DPAA laboratory.

DPAA laboratory is the largest and most diverse skeletal identification laboratories in the world, according to the Defense POW website.

According to official records, 7,652 soldiers are still unaccounted for from the Korean War. Using modern technologies, authorities continue to identify remains that were returned in the past by Korean authorities, as well as those unearthed by American recovery teams and others dug up from unknown graves.

“Markle’s name is recorded on the Courts of the Missing at the National Memorial Cemetery of the Pacific in Honolulu, along with the others who are missing from the Korean War. A rosette will be placed next to his name to indicate he has been accounted for,” said the Defense POW/MIA Accounting Agency.

Markle’s Family Hears of His Return

The Defense POW/MIA Accounting gave a call to Markle’s nephew, Bob Wolff on May 24 to inform him that his uncle’s remains had been identified, reported the USA Today.

Wolff, who lives in Hanover, was born three years after Markle went missing and hadn’t paid much attention to the updates the government had sent him about the identification of his uncle’s remains.

He didn’t really understand the value of the notices until he got the call in May.

“When they called me, I got real emotional,” Wolff said. “Reality set in. It just hit me.”

According to USA Today, Markle was 17 when he enlisted in the U.S. Army on May 13, 1949. Wolff said his uncle was five months away from his 18th birthday and his wish to serve the country was so intense that he lied about his age. “I think it was pretty common back then,” Wolff said.

Markle’s parents, Samuel and Edna (Shearer), owned a farm outside Spring Grove, Pennsylvania. Joyce Gearhart, the widow of his cousin Johnny Gearhart, told the media that Markle grew up farming. Johnny served in the Marine Corps Reserve and passed away in September 2016.

Gearhart said Markle’s parents were not happy about him lying about his age and joining the army. “I think he told his parents after he had done it. I don’t think they were very happy about it,” she told USA Today.

Earl Markle, 19, had been listed missing in action in Korea since 1950. https://t.co/W4NLCFmtwe

The family shared the contents of a letter Markle wrote to his parents on Oct. 27, 1950, in which he talked about warplanes flying overhead, complained about food, and appreciated the photos his parents sent him.

“You look as young as ever,” he wrote, “I can’t think of anything else to say, but I’ll write later.”

The deceased soldier’s family is grateful to Trump for securing Markle’s remains from North Korea. The nephew plan to have Markle buried in the Arlington National Cemetery.

“It’s amazing,” Gearhart told  USA Today. “For him to be coming home after 70 years, it really is amazing.”