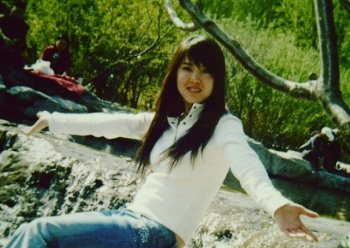 A once vibrant kindergarten teacher returned home on July 11 weak, anemic, and emaciated, released from the Chinese labor camp that had held her for over one year. She likely owes her freedom to her father’s vigorous protest of a last-minute attempt by regime thugs to hold her even longer.

Hu Miaomiao had been abducted from her home in Zhangjiako City in Hebei Province in northeastern China on June 15, 2010 and was sentenced on June 26 to one year in the Shijiazhuang Women’s Forced Labor Camp for what the Chinese Communist Party calls “reform through labor.”

Miaomiao, a tall woman who is described as having a kind and gentle manner, was 25 years old. She practiced Falun Gong and the local 610 Office—a nationwide, extra-constitutional Party organ created to “eradicate” Falun Gong—accused her of telling other people about the benefits of the spiritual practice.

During her 380 days in labor camp, the staff sought to “transform” Miaomiao—force her to give up her belief in Falun Gong.

Miaomiao suffered torture, including being hung by handcuffs around her wrists, prolonged sessions of beating, and violent sexual abuse. During a grotesque torture session on Aug. 28, 2010, conducted by a prostitute and two drug addicts on the orders of camp guards, Miaomiao’s pubic bone was fractured and she suffered injuries to her uterus.

She was denied medical treatment, although she was in constant pain and had difficulty walking for months afterwards, according to reports from insiders at the labor camp submitted to the Falun Gong website Clearwisdom.net.

Her father, Hu Mingliang, came to take her home on July 11, having traveled the 310 miles from Zhang Jiakou City. Before the two of them could board the train that would take them home, six individuals from the local 610 Office forced them into a car.

The 610 officials, after having already extended her labor camp stay by 15 days, intended for Miaomiao to spend another month in a local brainwashing center. While in the car Miaomiao, clearly very ill, vomited a few times.

Her father then put his life on the line for his daughter, according to the account Hu later gave to The Epoch Times. He told the 610 officials that they had already subjected her to extreme cruelty and yet “you still want to continue abusing her. I firmly oppose this. Whoever wants to take her has to do it over my dead body.”

The 610 personnel were deterred by Hu’s firm stand, and, finally, they sent father and daughter home.

“They are so evil and despicable. Words cannot describe how evil they are,” said Hu to The Epoch Times.

Hu said that Miaomiao was emaciated, very weak, and anemic due to constant abuse. Her condition is heart-rending, he said. “Miaomiao is my only daughter, and I will protect her, whatever it takes.”

In January, after months of fruitless visits to the labor camp, Hu had been allowed to see his daughter for the first time since her abduction. After he learned what had been done to her, Hu gave up his livelihood as owner of a little fruit stand business in order to concentrate on rescuing her. With no source of income, he mortgaged his house so that he could hire a lawyer.

After visiting Beijing to appeal to higher authorities on behalf of his daughter, he was, on his next trip to the labor camp, taken away to a “black prison” (a secret, off the books prison) run by the county government. He was held there for a little over three weeks and then released.

The lawyer he hired was never allowed to see Miaomiao and eventually was forced by his law firm to drop the case.

Media outside of China have reported on Miaomiao’s case, which may have helped in her eventual release.